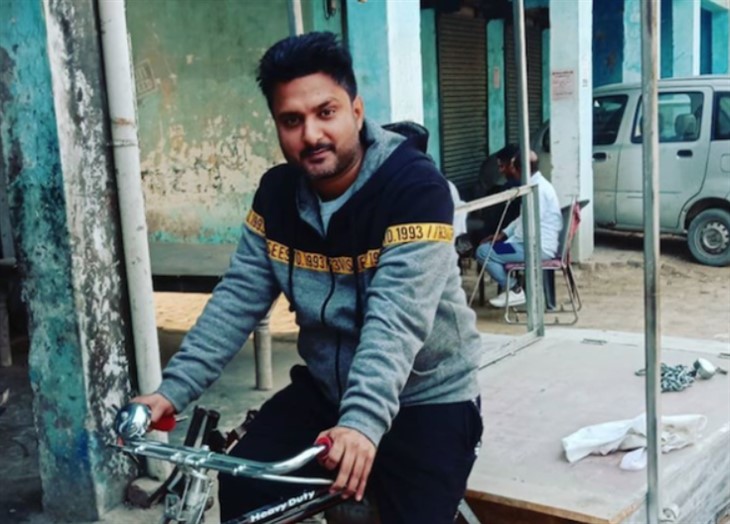 TLC’s “90 Day Fiancé-The Other Way” stars Sumit Singh and Jenny Slatten have even more obstacles to overcome in an upcoming episode when in India Sumit has criminal charges placed against him!

90 Day Fiancé Spoilers – Is Sumit’s Wife Up To Her Old Tricks?

Viewers will recall that a few years ago, Sumit’s estranged wife had been making false accusations and claims against Sumit – at least that’s what he told Jenny. Jenny believed him – but what really concerned her at the time was that these charges could postpone his divorce. It has already been taking years and has been very expensive as well.

The charges were of domestic violence, but Jenny has never had any reason to believe that they were true. She just figured as Sumit told her, that the woman was just making trouble. Sumit had since come into somewhat of an agreement with his wife that they would divorce and she agreed with it. She was supposed to drop the charges back several months ago, possibly as far back as a year ago now, considering the show is filmed several months ahead.

They had talked about this in the first half of the current season. But Jenny had worried because she had not dropped the charges as she had claimed she would even at that time. As far as what viewers are seeing now, the divorce has not yet come to court and neither has the domestic violence case. However, a spoiler for the upcoming episode, “Bris-fully Ignorant” indicates that the criminal charges once again have reared their ugly heads!

A commercial for the upcoming episode that was shown in the most recent “Darcey and Stacey” episode shows Sumit and Jenny discussing an expensive proposition! Sumit tells Jenny his wife wants five hundred dollars a month, and Jenny says they cannot afford it! The marriage, which was arranged, is not easily dissolved. One thing Sumit may not have to worry about is adultery being illegal; at least not in the criminal sense.

In September 2018, the Indian version of the American Supreme Court struck down a 158-year-old law that made adultery a criminal offense. However, the show premiered in June 2019. That is only nine months from the striking down of the law and when Jenny and Sumit met online, although she traveled to India to meet him in person the first time in 2013.

They corresponded for at least a couple of years before she made the first trip! This was the trip when she stayed with Sumit’s parents but he was sneaking into her room there to be intimate with her – and the same trip when after they got their first apartment his parents, his wife’s parents, and his wife pulled him out of the apartment and Jenny left India to go back home!

Now, the commercial doesn’t show enough to ascertain if the five hundred dollars she wants a month is alimony or for some other reason. But the criminal charges described in the spoiler could very well be for what happened between them on Jenny’s first trip – when adultery was still a criminal charge! What we don’t know is what the statute of limitations is. If it’s not that then it may be the domestic violence charges. Viewers will have to tune into the episode and see!