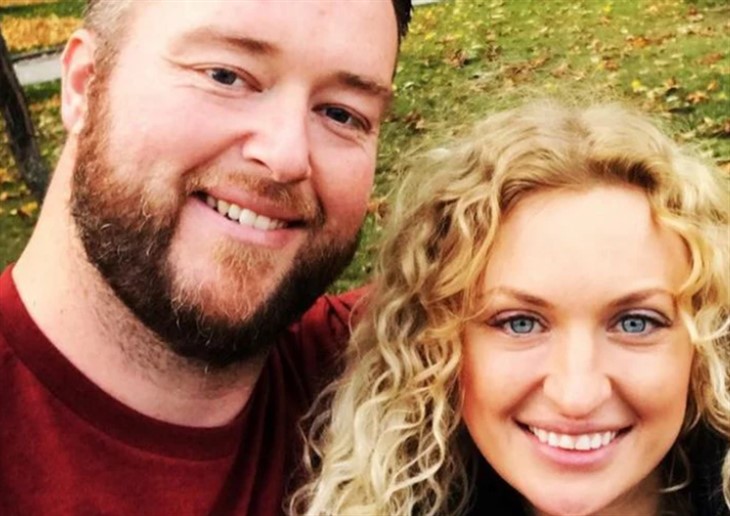 TLC’s 90 Day Fiancé season 8 will feature at least two weddings, it’s beginning to look like for 90 Day Fiancé fans. Some reports surfaced that Jovi Dufren and Yara Zaya may have married February 13, 2020 and now there appears to be proof that Mike Younquist and Natalie Mordovtseva married shortly thereafter in March!

90 Day Fiancé viewers will recall that Mike and Natalie’s story actually began on season seven of 90 Day Fiancé. The couple connected through a mutual friend, and soon started a relationship chatting online. It wasn’t very long until Mike, from Sequim, Washington flew to the Ukraine to meet the beautiful Natalie. They spent some romantic quality time together while there, and their relationship was cemented.

By the time came for Mike to return to the United States, he knew he’d met “the one” and they planned another trip to Paris, France, where he proposed to her in front of the Eiffel Tower. But, like many other 90 Day Fiancé couples, they ran into some roadblocks on the way to their happily ever after. One big thing that caused the couple a lot of problems is that Mike is an atheist while Natalie is religious. Things went downhill between them so fast that Natalie returned the family heirloom engagement ring Mike gave her, actually throwing it in his suitcase as he was packing to go back home!

Mike was hurt and offended, and so much so he wouldn’t even talk to her at all for quite a while! But, in between times, it looks like they worked out their differences and fans may see a wedding in season eight. It is unknown at the time of this writing whether a formal wedding was filmed or if the couple had a small wedding, possibly at a justice of the peace’s office.

Various sources report that a marriage license has surfaced, and a local Washington State newspaper’s wedding announcement. The newspaper wedding announcement clearly stated Mike and Natalie’s names. Natalie’s name was spelled as “Natalia” but that would be the Russian-Ukranian version of her name. “Natalie” is an Americanized version. The marriage license was applied for in Clallam County, Washington on March 17. Many fans have some concerns if Natalie stuck with her demands for Mike’s uncle Beau to move off the farm in order for her to move in, or perhaps she compromised.

There is plenty of room on their large farm for Beau to have separate living quarters, after all. Mike was pretty firm that his uncle was part of the deal and he wasn’t going to evict him. Natalie had thought Beau seemed more than a little creepy, and seemed to be a bit afraid of him. However, even if they did get married in March 2020, one has to wonder if they are still married when looking at Natalie’s brand new Twitter account where she posted photos from a modeling photo shoot in Ukraine in a tweet dated December 19, 2020! Mike doesn’t appear to be much into social media, so there is nothing to see there. Fans will just have to watch the show and wait and see!

Stay tuned to TLC’s 90 Day Fiancé and keep checking 90 Day Fiancé spoilers frequently for all the latest news, updates and gossip about all your favorite 90 Day Fiancè shows, spinoffs and stars!

The Bold And The Beautiful (B&B) Spoilers: Hope Corners Steffy And Liam – Demands To Know What They Are Hiding