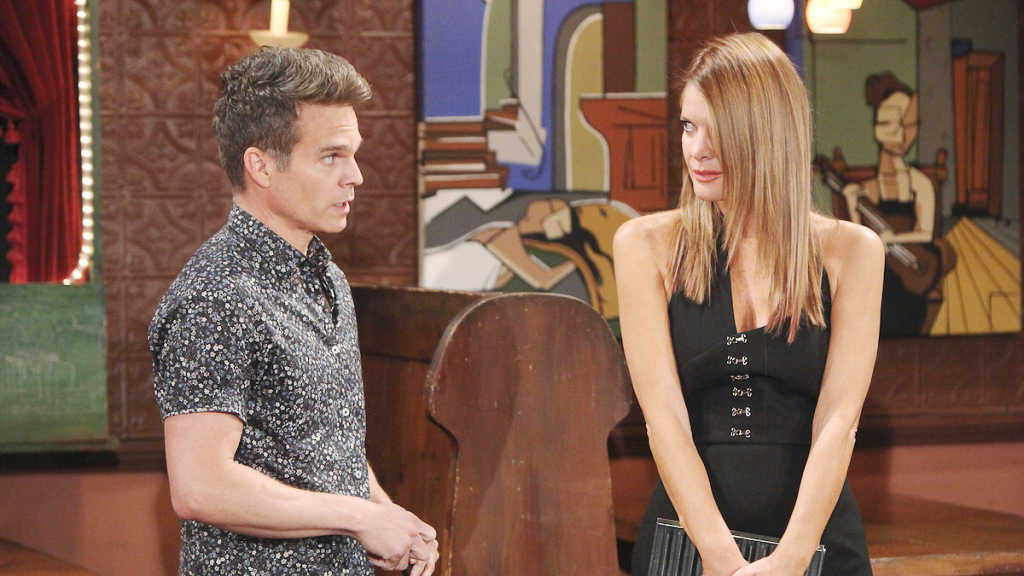 Kevin has a shady past, and so does Phyllis, so who wins in the war of mind manipulation and threats? Co-executive producer and head writer Josh Griffith is talking about the plot to Soap Opera Digest and what he has to say might surprise you!

The suspense revolves around a thumb drive that Kevin found at Chancellor mansion. It was hidden there by his mom Gloria Bardwell (Judith Chapman) who had stopped by to visit her new grandchild. Of course, Gloria is never on the up and up so Kevin couldn’t wait to see what his mom was hiding.

It turns out she is playing a dangerous game!

Y&R Spoilers – What Is Gloria Bardwell Going To Do Next?

Kevin meets with Phyllis and she is salivating at the thought of getting the thumb drive so she can use it to destroy Victoria Newman (Amelia Heinle). Not so fast! When Kevin gets wind of her plan to use the evidence of employee swindling at Newman Enterprises he realizes he wants nothing to do with it. According to Griffith, “Kevin sees that starting a war with Victoria that will lead to nothing but disaster for both him and Phyllis.”

The Young And The Restless Spoilers – What Happens Next In Genoa City May Surprise You!

It is surprising that Kevin passes on a chance to get in on the ground floor of a good scheme, but he just became a dad again, and perhaps his morality is kicking in? At any rate, he tells Phyllis no deal and that makes the vixen try to pour on the charm. But it seems like Kevin won’t budge, or will he? Griffith says that Phyllis does her best to bring Kevin back to the dark side, as in the days when he was the Chipmunk Bandit.

Kevin decides his new life is more important to him which forces Red into a corner. Does she try to blackmail Kevin into becoming her accomplice? Or does she have an even more dangerous game in mind for Victoria that could end up costing Red her relationship with Nick Newman (Joshua Morrow)?