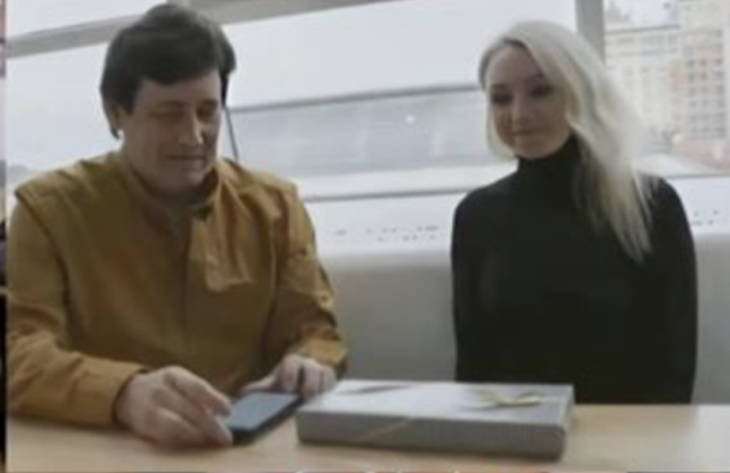 90 Day Fiance updates reveal that David Murphey allegedly has met his invisible girlfriend. In photos shared on social media, David is seen chatting with a woman who has a fair complexion and light blonde hair. But that is where the similarities end. David would like fans to believe that Lana is real. However, some believe she is an actress hired to save his reputation and stop the humiliation.

Part of the 90 Day Fiance cast, for the past seven years, David has been chatting with a woman named Lana. He has spent over $100,000 on her and that’s not factoring in the travel costs, lodging accommodations, and gifts. Remember, he has gone to Ukraine four times and Lana hasn’t shown up… not even once.

Fans are convinced that David is being catfished, but he recently said on Instagram that he’s “too smart to be scammed.”

90 Day Fiance Before the 90 days spoilers reveals that David even went from shop to shop asking everyone about her. He went to the address she gave him and there was no Lana there, just an elderly man who spoke no English.

Then, he hired a private detective to find Lana and even the investigator said that he was being scammed. It was pointed out that Lana is on multiple dating and find-a-foreign-bride sites using the same pictures, but different names. But still, David accused the private eye of “lying.”

Recently, David even claimed that he did meet Lana and she was filmed. But viewers didn’t see it because TLC deleted her scenes. It all sounded very fishy and like one fan said, if there are no pics, then it didn’t happen.

Well, now there are pictures.

On Facebook, two photos surfaced. One was David looking at his phone while speaking to a blonde woman. It looked like they might have been at a hotel front desk. The other showed David and “Lana” walking together down the street. While some are shocked that Lana is real, others are doubtful that is the same woman he has been talking to. 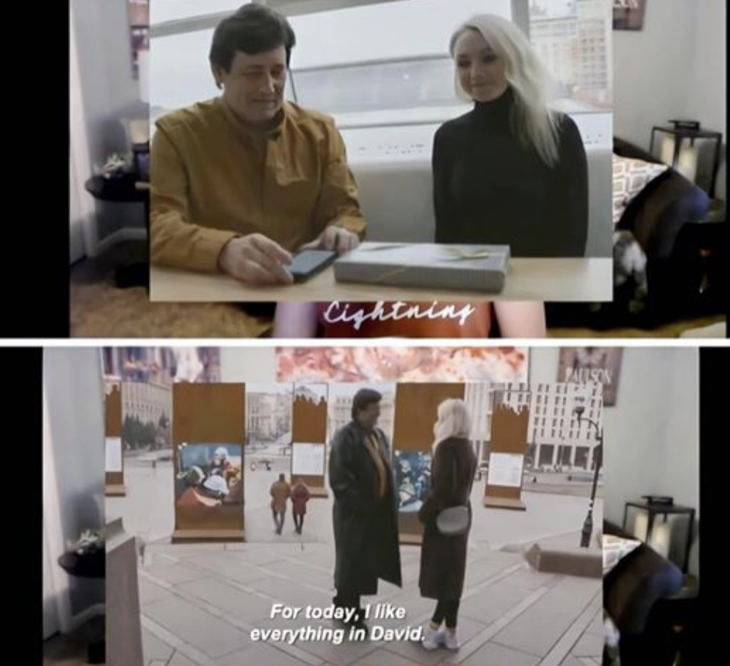 Pictures of online Lana show she is tall, very thin, has long blonde hair and a thin nose. In the photos on Facebook, the woman looks different. She is fair-skinned and has long, blonde hair, but that’s where the similarities end.

So, could David be so humiliated that he would hire an actress to pretend she is Lana? That’s what some fans on social media are saying! What do you think? Is this the real Lana or a paid actress? Perhaps the scammer stole this young woman’s photo? In this day and age, anything is possible.

Further TLC 90 day fiance news the two are supposed to be engaged.  Do you believe David and Lana (the fake/real) are engaged?

Be sure to catch up on everything happening with David Murphey right now. Come back here often for 90 Day Fiance spoilers, news, and updates.