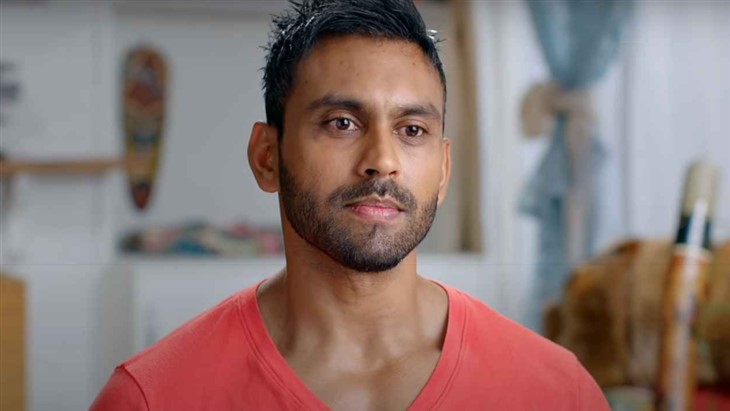 TLC’s “90 Day Fiancé-Before The 90 Days” star Ash Naeck has some dramatic dating history with his ex-girlfriend Avery Warner, as viewers will know. Now, as he opens up about dating life, it would seem they are over again and he slams Avery over it!

Ash and Avery’s relationship always has been on and off, and even before their appearances on “90 Day Fiancé-Before The 90 Days” the two were not together – but he gave her another chance, just so they could appear on the show, and their rocky relationship continued after filming ended, only for Ash to reveal that once again, they are no longer together!

Ash doesn’t take any responsibility for the failure of the relationship between the two of them – he squarely places the blame on Avery and doesn’t feel like he was the problem or contributed to any of their problems. He also mentioned that in his opinion, Avery had it too good and was more looked after than she should have been!

He talked about her in the latest episode of TLC’s follow-up show, “B90 Strikes Back”, and also drew comparisons between Avery and his ex-wife, Sian. He characterized Sian as being very smart, kind to a fault, big-hearted, gorgeous, warm, and very understanding. Avery, he said, is none of those things! It sounds like Avery and Sian are night and day from each other, but then, his ex-wife Sian is still his ex-wife in spite of his praise for her, so nobody’s perfect, least of all Ash!

Ash also talked about what he looks for in a relationship and is grateful for fans who noticed his bulging eyes and reached out to him about them. He took their advice about his bulging eyes, and went to a doctor who diagnosed him with Graves’ Disease – a disorder of the thyroid gland, and is now being treated for it and able to manage his symptoms.

'90 Day Fiance' Spoilers: Deavan Promises To Reveal Dark Family Secrets On The Part Of Jihoon In The Tell-All! #90DayFiancehttps://t.co/lmbxT5q8qi

Along with bulging eyes, thyroid hormones being too high, and a revved-up metabolism resulting in extreme weight loss and nervousness, it can also make people extremely irritable and short-tempered, so his diagnosis and treatment should help a lot with his life in general including relating to others. As far as what he looks for, he looks for someone who is trustworthy first of all, which of course has to be built as the relationship progresses – it’s usually not a good idea to trust someone implicitly if one doesn’t know the person yet.

Ash acknowledged that himself. He also wants someone who is respectful and definitely not jealous or insecure, although again, trust does have to be built over time. One problem with Avery and Ash’s relationship was that as a relationship coach himself, women would call him and sometimes blow up his phone – but it was to talk about their relationship problems, not to create problems in his!

Avery didn’t understand that somehow and took issue with his chosen career, apparently. Ash said he has had that problem before and would tell prospective dates he was a fisherman – he said that worked as an effective “filter” of people!

He also enjoyed his time on the show, although it wasn’t that way when he was first approached about it. Perhaps TLC should think about hiring him to “fix” the numerous other couples with problems on the various incarnations of the show! “Calling Dr. Naeck….!”

Stay tuned to “90 Day Fiancé-B90 Strikes Back” on TLC, and keep checking back here frequently for all the latest news, updates, and gossip about all your fave “90 Day Fiancé” shows and stars!