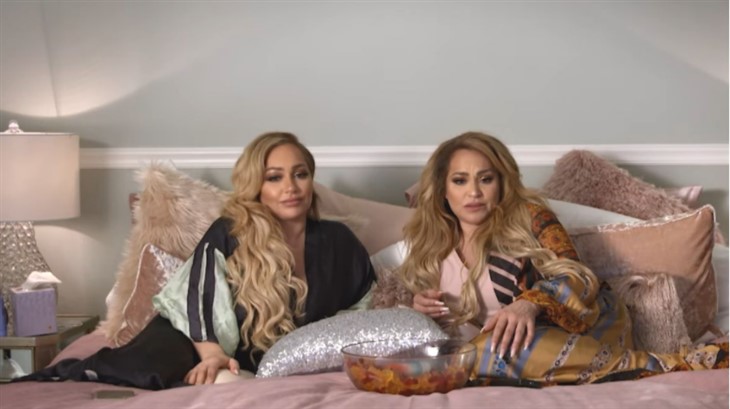 TLC’s “90 Day Fiancé-Darcey and Stacey” stars Darcey and Stacey Silva have admitted to having been arrested back in 2018. After the arrest, Stacey had claimed there was more to the story than met the eye. Since then, a big part of the twins’ stories has been about the alleged arrests!!

TLC 90 Day Fiance – An Argument Escalated Into An Altercation

The entertainment website “Starcasm” first reported the arrest, which took place in February of 2018. The twins were in their hometown of Middletown, Connecticut, and got into a serious argument. Reports were that the argument escalated into the two women having a knockdown, drag down the fight, which seems out-of-character for the twins. After all, Darcey and Stacey are known for their closeness!

Two witnesses, still unidentified, apparently called the police. According to the arresting officer, Darcey had accused her sister of throwing things around and pulling and pushing her. Darcey denies the officer’s allegations. Stacey, on the other hand, allegedly accused Darcey of having woken up from a deep sleep and she threw things, but both put hands on one another!

Even Jesse Meester, Darcey’s former boyfriend put his two cents in! Jesse said although he was no longer with Darcey, he hoped she would stop that kind of behavior. Jesse also said he didn’t want to get involved in the situation short of his comments. Jesse was Darcey’s first boyfriend on “90 Day Fiancé-Before The 90 Days”, and their breakup was explosive! It actually played out on-screen and was very dramatic, although not totally unexpected. The two of them fought a lot on the show.

Darcey, of course, became famous for her back-to-back failed relationships. Shortly after her explosive breakup with Jesse Meester, she became involved with Tom Brooks. Tom was nothing like Jesse, and much older than Darcey while Jesse was much younger. However, that breakup was also explosive. Darcey has spoken about her love for younger, foreign men.

'90 Day Fiance – Happily Ever After' Spoilers: Has Michael Been Able To Come To The US? #90DayFiance

Stacey also prefers younger, foreign men. Stacey has dated Florian Sukaj, an Albanian man in his thirties for five years. Darcey is currently dating Georgi Rusev, also in his thirties. The twins are forty-six. However, the women are known for their closeness and for “intuition”. They can frequently tell when the other is in trouble or something else stressful is going on in the other’s life. After the arrests, Stacey went on record in a “90 Day Fiancé” tell-all which was documented on the “In Touch” website.

She wanted their fans to know that they are twins with an amazing bond. Stacey also clarified that they do have arguments but they love each other. Stacey revealed that the fight leading up to the arrest was about Jesse. Stacey had tried to warn Darcey that Jesse was manipulating her. Darcey apparently wasn’t ready to hear the truth. Afterward, they did receive a citation but were not jailed. The case has since been dismissed.

Stay tuned to TLC’s “90 Day Fiance-Darcey and Stacey” and keep checking here frequently for all the latest news, updates, and gossip about all your fave “90 Day Fiancé” stars and shows!

Days Of Our Lives Spoilers: Melissa Reeves Out As Jennifer Horton, What You Need To Know!