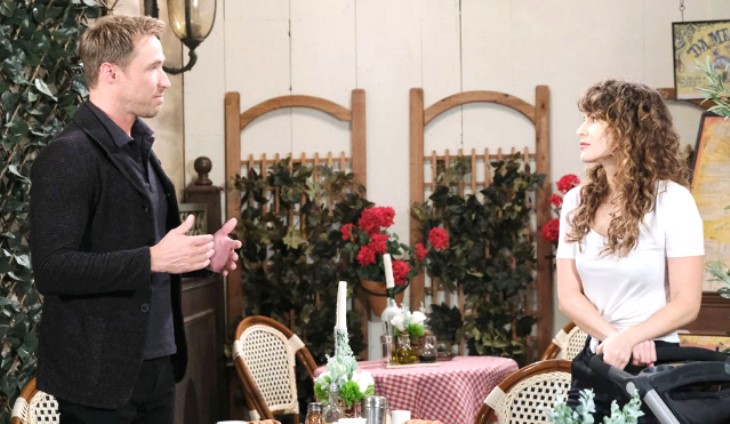 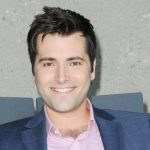 Days Of The Lives Spoilers: Freddie Smith Reveals Number of Future Days of Our Lives Appearances

Days of Our Lives viewers will recall that Sarah Horton (Linsey Godfrey) unexpectedly ran into her ex-husband Rex Brady (Kyle Lowder) in Paris while taking the baby on an outing to an outdoor café.

She and Rex caught up, and she had let him assume this was her baby, Mackenzie “Mickey” Horton (Josephine and Rosalind May); but after she left, he got a call from his mother, Kate Roberts (Lauren Koslow) who informed him that the babies had been switched, and Sarah and Eric Brady’s (Greg Vaughan) had died, and the baby she has is really Brady Black (Eric Martsolf) and Kristen DiMera’s (Stacy Haiduk) baby girl, Rachel Isabella Black, and that Sarah had went on the run with her, not wanting to give her up!

She came back looking for a baby blanket and this week, in a continuation of that scene, she will continue to plead with Rex to keep her secret. When he refuses, she will knock him out, tie him up and gag him in her apartment, doing everything she can think of to hang on to “Mickey!” Sarah will tell Rex about Maggie Kiriakis’ (Suzanne Rogers) involvement in Mackenzie’s death.

Meanwhile, Gabi Hernandez DiMera (Camila Banus) will harass Jake Lambert (Brandon Barash), insisting that he is her late husband, Stefan DiMera (Brandon Barash) and accusing him of lying to her! She’ll even try to kiss him and shake some sense into him, but he will continue to deny, deny, deny, and ask her if she’s on any kind of prescription medicine, because he thinks if she’s not, she probably should be!

Jake knows he is the spitting image of Stefan but denies knowing anything about him, and he’s sorry that Gabi was widowed so young, it’s a shame, but continues to tell her in no uncertain terms that he’s not Stefan, he’s never been Stefan, he’s never known Stefan, and he’ll never be Stefan!

Kristen will confess to Detective Lani Price (Sal Stowers) about her involvement in the stabbing of Victor Kiriakis (John Aniston) and she will agree to help her find Rachel and get her back from Sarah – once they find Sarah! Lani’s boyfriend, Detective Eli Grant (Lamon Archey) however will be suspicious about Lani’s activities; and when Rex calls Kristen to try and give her a heads up Lani and Kristen try to trace the call to ascertain Sarah’s location.

Lani will talk to Eli about helping Kristen escape, Victor likely have been able to tell someone that Kristen was the culprit in his stabbing, and now the police are looking for her in spite of Brady’s efforts to take the blame – Victor had told Eli that Brady didn’t do it in last week’s Days of Our Lives.

Xander Kiriakis (Paul Telfer) will go to Statesville Prison and try to break the news as gently as he can to Maggie, although there really isn’t any easy way to tell her any of it. Maggie was the one who caused the wreck in which Adrianne Kiriakis (Judi Evans) died, and Sarah went into labor, and it is possible that the seizures that Mackenzie died from could have been caused by internal injuries as a result of the wreck.

Days of Our Lives viewers will recall that Sarah was concerned the seatbelt was too tight and affecting the baby, and if her oxygen had been cut off in utero it could explain the seizures and subsequent death. Of course, this would mean Maggie was also the cause of death of her granddaughter, and he tells her the whole truth about Sarah going on the run with Rachel, for which he will be slapped! Later Xander tells Victor that he told Maggie everything about the baby switch.

Ben Weston (Robert Scott Wilson) just barely got hired by Jake at the garage, and a bunch of thugs comes in looking for Jake and they beat up Ben when he can’t – or maybe won’t – tell them where he is!

Ben has dealt with thugs looking for Stefan and as his head of security knows better than to tell them anything. Ben will fight with everything he has at his disposal, yet they will leave him unconscious because there are too many of them to one of him! Ciara will likely make the discovery, as she will treat Ben’s injuries.