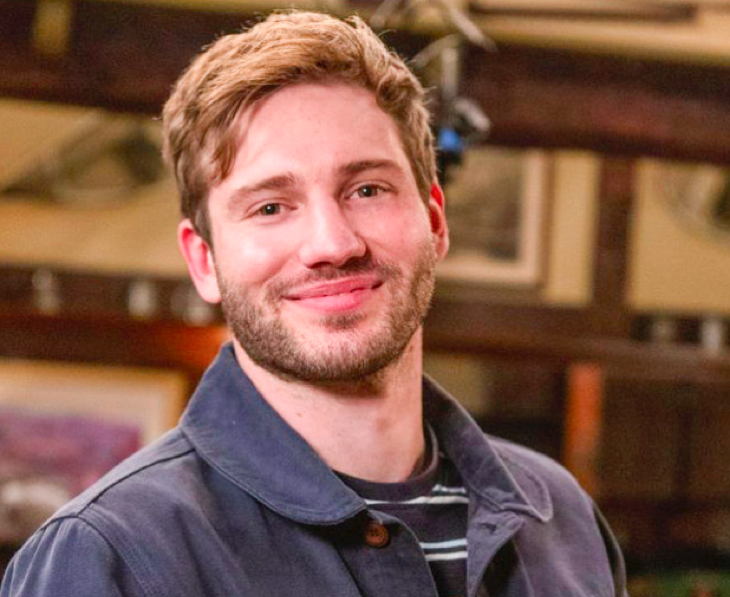 Emmerdale Spoilers suggest that Alexander Lincoln has an idea of who he will for his character with Jamie Tate want to be with. As viewers know, Jamie is current with Andrea Tate (Anna Nightingale) and having an affair with Belle Dingle (Eden Taylor-Draper). Eden has recently hinted at war over Jamie between the two women, and now Alexander is giving information for who he is cheering for. So who is the cheering for?

Andrea has recently caught Jamie with Belle as they confessed their love with each other during the Easter egg hunt and has pondered how to deal with what she has learned. It seems that she will try to make things work regardless of what she has learned recently.

Fans have their ideas of who they want together, but how does Alexander feel about who Jamie should be with? In a recent interview, he stated, “Jamie and Andrea’s relationship is, in my opinion, a really lovely one. But there’s the age gap and the circumstances in which they got together now feel a bit strange for Jamie – knowing that Andrea slept with Graham and was being paid to spy on Jamie before they got together. It doesn’t create the best circumstances for a relationship, to be honest.”

The way their relationship started may stop them from being together and maybe the reason why Jamie is leaning towards Belle. Alexander continued saying, “That’s the key reason why Jamie’s moved away from Andrea. I think Jamie and Belle are a really good match. They’re around the same age, they’ve got the same occupation. I think, from what I’ve seen, Belle and Jamie have more in common than Jamie and Andrea.”

Alexander thinks that since Jamie and Belle have many things in common that they would make a better match as well as draws them together. “At first I saw it as that archaic idea of the grass is always greener. But working together in close proximity, you do develop feelings and I don’t think Jamie has really worked hard to stop those feelings.

With Belle, I don’t think it’s necessarily hinged on the age gap but it’s definitely a factor in it – they’re more similar in age and in occupation too. They’ve got a lot of similarities that either Jamie and Andrea have lost, through all the arguments, or didn’t have to begin with.”

He continued by giving a little more insight into how Jamie feels about the triangle that he has created. “He’s conflicted, and his emotions are all over the place. He’s got a wife and child and has seemingly been in love for so long. But with all the manipulation and lies being thrown around – and different things Jamie has learned over the time – he’s slowly been pushed away from Andrea. He’s fallen for Belle, but it’s really difficult to come clean about, although I’m sure viewers want him to come clean.”

Alexander went on to say, “In Jamie’s eyes, he’s seeing the separation coming now and is putting everything into effect to leave Andrea and be with Belle. The holiday thing comes up, and he doesn’t know how he’s going to get out of it, but he tells Belle he will without any particular plan.

Emmerdale Spoilers: Jeff Hordley Reveals How He Is Handling Lockdown With His Wife https://t.co/Golbse5WNn pic.twitter.com/VC5eqcAEMV

I wonder if he’s thought about telling Andrea at all – he wants to, but he doesn’t have a plan in place at all. Andrea is acting really strange at this point, but I don’t think Jamie suspects at all that she knows, and I don’t think Belle does either.”

It does seem that Alexander is team Belle, but he could see Jamie with Andrea. “They’ve got Millie together, and they’ve been together for quite a while. They’ve been in love, and once you love someone, it can be hard to completely disassociate those feelings with that person. Given the right circumstances and if Belle wasn’t in the picture, a holiday could fix their relationship. But at this point, I don’t think it’d be enough to bring them back together.” Be sure to catch up on everything happening with the soap right now. Come back here often for Emmerdale spoilers, news, updates, and rumors!