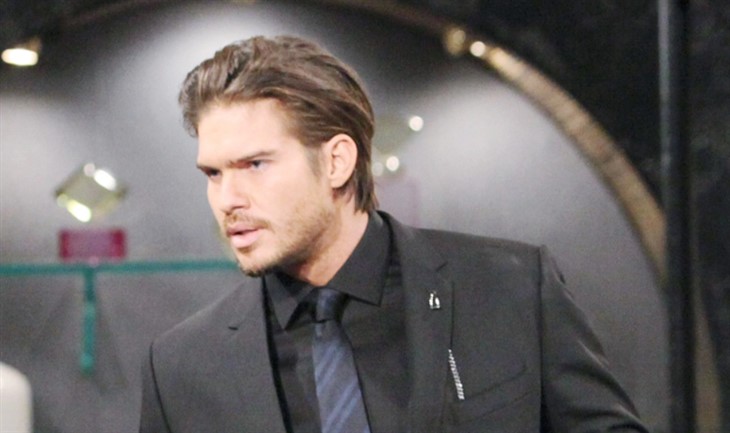 CBS The Young and the Restless spoilers reveal that some unexpected flirting went down between an odd couple today but we totally ship the combo of Theo Vanderway (Tyler Johnson) and Victoria Newman (Amelia Heinle). It all took place at Society, where Theo sidled up to Victoria and began oozing his charm.

He gave her his business card and revealed he’s working with her ex Billy Abbott (Jason Thompson). in turn, she asked him to join her. They were all smiles and heat and we can just feel the combustion building on the horizon for these two!

Here are three reasons why Victoria and Theo should hook up right now.

Straight up Victoria needs to be with a man who isn’t named Billy Boy. Hopefully, the writers are done forcing us to watch them have fake tiki holidays in the living room every so often as they rediscover the good old days. Ugh.

Explosive show spoilers reveal that in the coming days Theo will be his own worst enemy. Presumably, this is in regard to his fauxmance with Lola ‘Woe is Me’ Rosales (Sasha Calle). Let’s be blunt—Lola is not Theo’s type. Nothing he does will ever please her because she is the opposite of a hot mess. Victoria on the other hand wrote the definition of a hot mess. These two would be combustible and they’ve already brought more heat in two seconds of flirting than Leo did sleeping together.

#3 Imagine The Corporate Intrigue Between These Two!

Theo and Victoria are a refreshing take on the traditional battling corporate sharks because they also have the heat between them. We like the idea that he has some greenness in his game while Victoria has practically written the playbook.

She could polish his skill set and he could inject a little passion into her starchy business routine. What do you think Y&R fans, are you loving these two mismatched but compelling characters for a fling or maybe more? Tell us what you think!