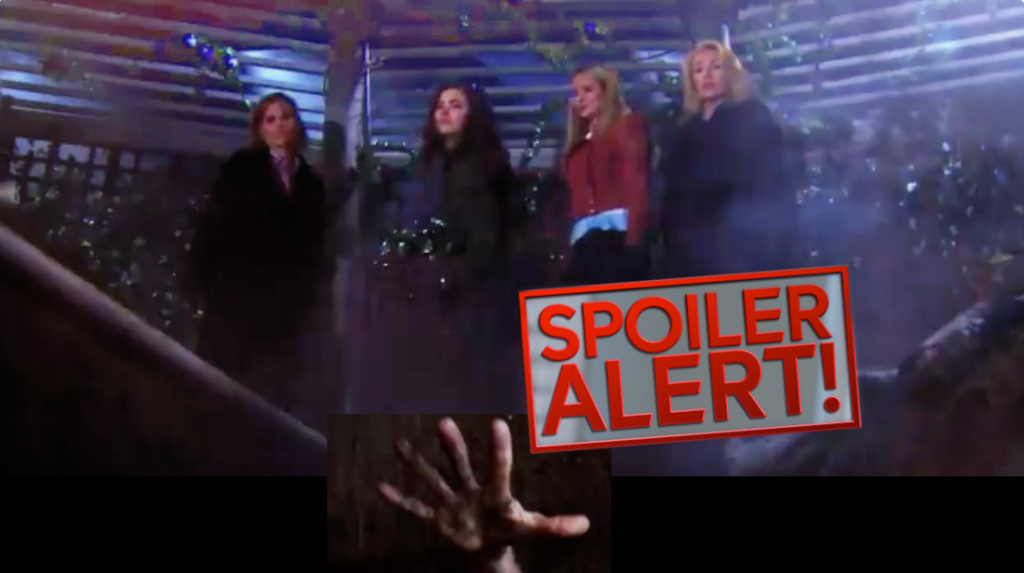 “Young and the Restless” (YR) spoilers for the week of Monday, March 18, 2019, through Friday, March 22, 2019 tease that “Will they succeed in trapping J.T.?” We have a very exciting week heading our way and you will not want to miss a moment of the action!

Young and the Restless Spoilers: Rey Agrees To Help Nick and Billy Set A Trap

In the newest CBS “The Young and the Restless” promo video we see Nick Newman (Joshua Morrow) and Billy Abbott (Jason Thompson) going to Rey Rosales (Jordi Vilasuso) and telling him their theory about J.T. Hellstrom (Thad Luckinbill) being alive. They will reveal how someone has been blackmailing the ladies and Rey will want to know why they didn’t come to him sooner.

Rey will want to make up for his part in putting Nikki Newman (Melody Thomas Scott), Victoria Newman (Amelia Heinle), and Sharon McAvoy (Sharon Case) behind bars so he will agree to help them set a trap to lure J.T. out of hiding. Do you think the fellows are actually right and J.T. is still alive? Do you think they will find him?

Think J.T. could still be alive? See if Nick and Billy can solve the mystery this week on #YR! pic.twitter.com/eDBcli6T6X

Meanwhile, Devon Hamilton (Bryton James) will discover a new face when he goes looking for Ana Hamilton (Loren Lott). Devon will be suspicious after he runs into Ana and will follow her to a motel and watches her enter the room. He will knock on the door and it will be answered by a lady named Elena Dawson (Brytni Sarpy). Elena will try to convince Devon that she is alone but he will tell her he saw his sister, Ana, go into the room. Ana will come to the door and be very furious that Devon followed her. Devon, however, will not care and tells her she has some explaining to do. What do you Y&R fans think Ana is up to?

For the Other Residents Of Genoa City …

As you can see we have a very eventful week coming up, so make sure to stay tuned to CBS “The Young and the Restless” to see all the drama unfold. Don’t forget to check often with Soap Opera Spy for all your latest spoilers, news, updates, and much more!