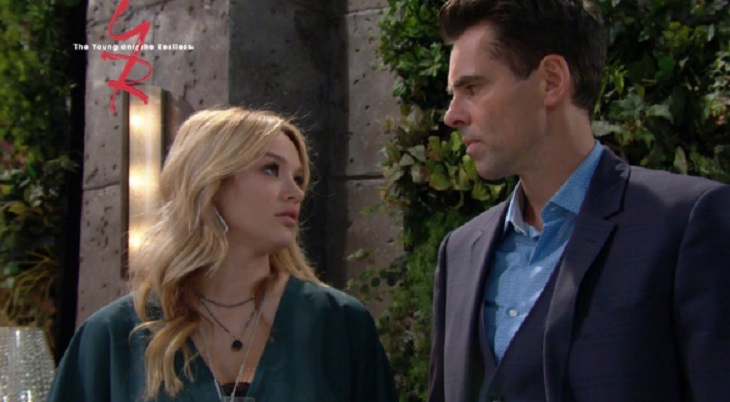 ‘Silly’ wasn’t and still doesn’t seem like a good idea on ‘The Young and the Restless’. The notion that Summer (Hunter King) and Billy (Jason Thompson) could ever be a couple is patently ridiculous, even in Genoa City. But Y&R fans must now wonder if this bad pairing is about to happen again?

King returned to the cast on a regular basis last June. Provided with a full change in direction of her character, this Daytime Emmy-winning actor embraced the challenge and truly made the most of it.

Summer transformed from a likable personality to a chilling, mini-me version of Phyllis, circa Michelle Stafford’s edition. As devoted fans know, Gina Tognoni’s take on Phyllis has reverted to shrill form since 2018. So, writing her daughter toward trouble-maker status made and still makes sense.

Meanwhile, Billy seemed to have righted his life. Through the Christmas holiday he’d manned up big time and Vickie (Amelia Heinle) was very grateful. So much so that it seemed a legit ‘Villy’ reboot was in the works. But maybe it wasn’t.

Cane (Daniel Goddard) was right to be mad about Billy telling Lily (Christel Khalil) about ‘Vane’. As Mr. Ashby stated, after punching Billy in the face, that happened because of Mr. Abbott’s feelings about Vickie.

If Y&R has begun the process of creating a new couple, meaning Vickie and Cane will fully form into a pair, then Billy isn’t the type of guy to be alone for long. So, hello Summer.

Last year’s storyline where Summer repeatedly threw herself at Billy was unseemly. It also eventually led to Billy not being able to control himself and giving in to King’s base version of her longtime alter ego.

Together, both actors created something believable, where a foolish Billy and a reckless Summer came to be together. With that duo established and regardless of what either has said in the recent past about their potential, fans know ‘Silly’ could happen again.

Summer and Billy. No longer a question of why, but when?