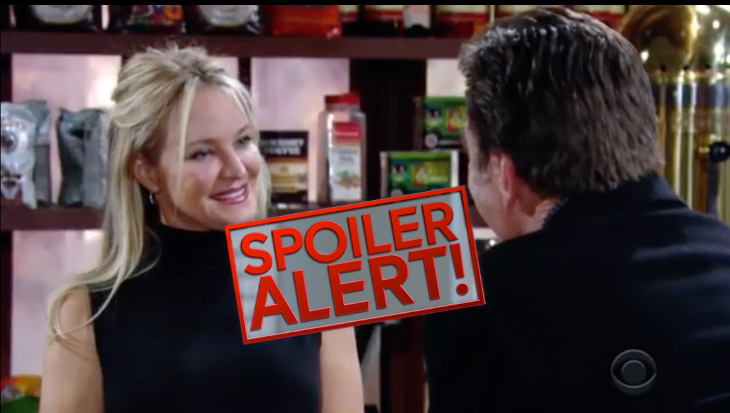 “Young and the Restless” spoilers for Tuesday, January 22, tease that Nick Newman (Joshua Morrow) will be focused on proving Victor Newman’s (Eric Braeden) innocence. At Crimson Lights, Nick talks to Michael Baldwin (Christian LeBlanc) about his client. He wants to clear Victor’s name as soon as possible and ultimately find the person who set him up.

Next, Nick chats with Sharon Newman (Sharon Case), who admits she hasn’t seen anything that makes her believe Victor’s guilty. However, Sharon’s quick to mention that Phyllis Summers (Gina Tognoni) has a different view. Nick understands why on some level, but Sharon believes Phyllis is justifying her own terrible behavior.

At Rey Rosales’ (Jordi Vilasuso) place, Mia Rosales (Noemi Gonzalez) wants to discuss their vow renewal. She wants a big celebration with their family in town and the new pals they’ve made. Rey’s surprised that Mia wants to do it so quickly, but she doesn’t see the need to wait. He’s also a little uneasy about making Arturo his best man, but eventually accepts Mia’s suggestion.

"find the right woman–" 👀 Rey looks up and spots Sharon.

Later, Rey’s talking to Sharon when Mia walks over. Naturally, Mia brings up the vow renewal and rubs it in Sharon’s face. She hopes Sharon will bring a date to their wonderful event. At Jabot, Kerry Johnson (Alice Hunter) still seems hung up on Jack Abbott’s (Peter Bergman) exes. She tells Phyllis that Jack never has anything negative to say about his former flames.

Phyllis notices a message that tips her off to Billy Abbott’s (Jason Thompson) jet use. She isn’t happy about it, so Kerry asks about Billy when Jack calls. Jack lies about not knowing where Billy is, but his brother’s actually home with him. After Jack wraps up the call, he quizzes Billy about where he went last night. Billy contends that he had to see a friend who was dealing with bad news.

Jack eventually makes his way to Jabot in hopes of surprising Kerry. She was too busy to go out for lunch, so he thought he’d just bring a picnic. Since Kerry isn’t there when Jack arrives, he decides to call her. Kerry claims she’s working at the lab, but that obviously isn’t the case. Instead, Kerry’s out on the road in her car. She disconnects from Jack to make another call, which reveals she’s running late to see someone.

Back at the Abbott mansion, Cane Ashby (Daniel Goddard) throws a fierce punch when Billy opens the door. They bicker about whether or not Billy should’ve told Lily Ashby (Christel Khalil) the truth. Billy feels like Lily had a right to know, but Cane thinks Billy just added to her suffering. He rants about his family possibly being destroyed over this and vows to make Billy regret it.

Sharon is looking stunningly gorgeous in the promo for next week. Hair, makeup, and wardrobe all perfect! #YR #QueenSharon 👸🏼👸🏼💖💖 pic.twitter.com/q9btJEuar8

At Nick and Phyllis’ place, Phyllis arrives to find Michael listening to Fenmore “Fen” Baldwin’s (Zach Tinker) song. They wait for Nick, who speaks with Michael briefly. Michael mentions that Phyllis isn’t pleased about their push to free Victor. Once Michael exits, Nick and Phyllis agree to concentrate on their common interests. They want to make sure their relationship’s on solid ground.

Nick leans in and gives Phyllis a kiss, but doubts run through his mind. He recalls Sharon, Jack and Michael’s comments, so it’s clear that he’s struggling with suspicions. “The Young and the Restless” spoilers say Phyllis and Nick’s romance will encounter major hurdles soon. We’ll give you updates as other Y&R details and rumors emerge. Stay tuned to see what’s next in Genoa City.