Young and the Restless (YR) Spoilers: Jack And Sharon Find Each Other – Getaway Potentially Sparks Reunion 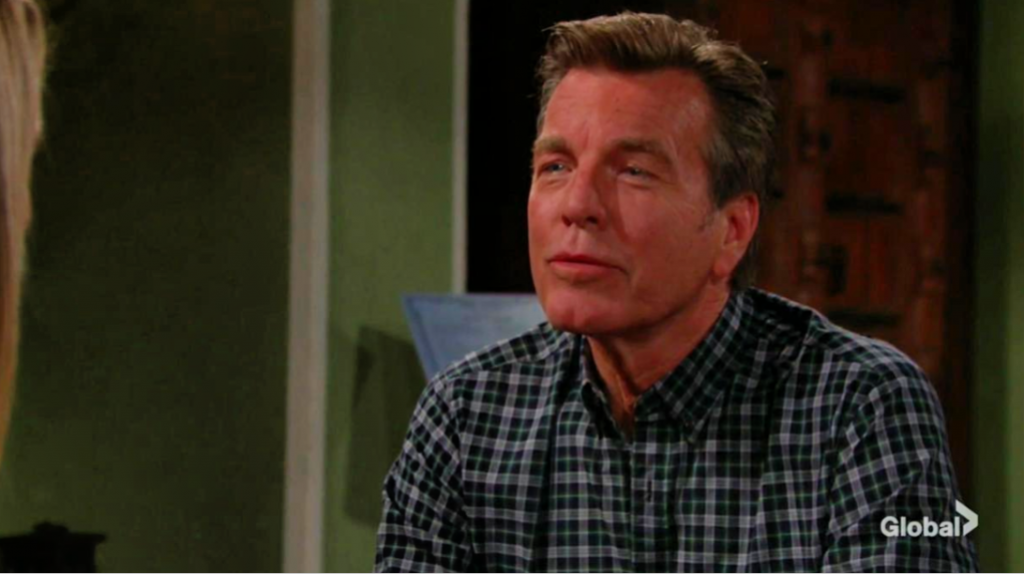 Jack Abbott (Peter Bergman) actually took Victor Newman’s (Eric Braeden) advice on ‘The Young and the Restless’. Bergman’s character decided to visit a retreat in an effort to find himself.

In a storyline that’s developing parallel to Jack’s, Sharon Newman (Sharon Case) was recently mentioning that she wanted to get away for awhile. Rey Rosales’ (Jordi Vilasuso) choice to end ‘Shey’, shortly after it started, impacted Sharon. She’s also been dealing with Adam Newman’s (Mark Grossman) absurd marriage proposal, which was rejected, and then was part of a mass drugging at The Grand Phoenix opening.

After speaking with the ‘Moustache’ at Society, Jack decided to do as Victor did in the past. Braeden’s character was surprised to be asked for his advice, but when he was Victor told Jack that a trip always served to clear his head.

‘Jackie’ was thinking about his parents recently, which allowed Y&R to gift its fans with another set of throwback scenes. Set in the decade before this iconic soap debuted, young Jack (as played in retrospect by child actor Graham Taylor) heard his mom and dad arguing. That came shortly before Dina Abbott (Cathy Marks) split from John Abbott (Jonathan Stoddard) and their children so she could find herself.

Like his father and sisters, Jack didn’t understand why his mother abandoned them. While he still thinks what she did was wrong, Jack has been feeling adrift recently, which made him soften his assessment of Dina (as currently played by Marla Adams).

Without having the type of chosen obligations Dina did decades ago, Jack decided to visit a retreat out west. His choice isn’t harming any lives, but instead is intended as a re-centering.

Rey is a good guy. But Sharon’s fixation on Adam’s revival and return to Genoa City, Wisconsin, set Vilasuso’s character off.

Convinced that Sharon was setting herself up for heartbreak and disaster, Rey decided that he had to pull the plug on ‘Shey’ Part I. This couple has been numbered because the idea of a sequel seems nearly certain, at some point, due to Y&R’s extensive write-in to the original version of ‘Shey’.

Viewers guessed that Jack and Sharon would visit the same location. So they’re not surprised to see them bump into each other and then begin to talk about where they are at this point in their daytime lives.

Young & The Restless Spoilers – Love Shack More Than A Song

‘Love Shack’ is a famous song by the B-52’s, a band that’s currently on what is dubbed its final tour. This number one song was released in 1989, which was the same year that Bergman assumed the role of Jack, taking over for Terry Lester (Y&R’s original Jack Abbott).

‘Shack’ is also the couples nickname for Sharon and Jack. While they haven’t been together in many years, both characters have remained friends.

With soapy history considered and both characters being written together on their mutual getaways, viewers are right to wonder if ‘Shack’ Part 2 will be the sequel Sharon embraces, instead of exploring other editions of ‘Shey’, or ‘Shadam’?

Bold and the Beautiful News: The Real Housewives Arrive!