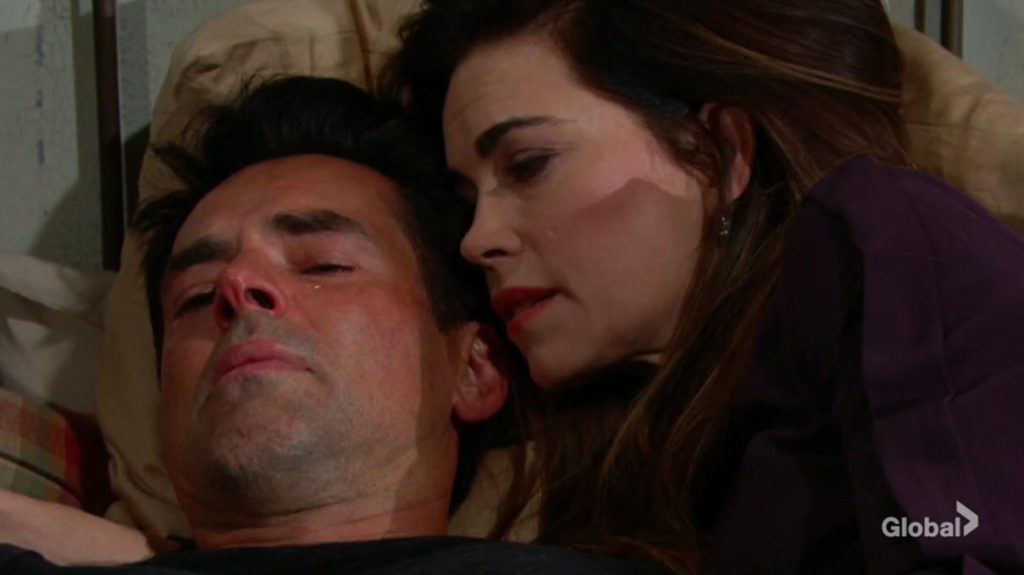 The Young and the Restless spoilers indicate that Victoria Newman (Amelia Heinle) will go to great lengths to help her husband Billy Abbott (Jason Thompson).

As Y&R fans know by now, Billy is suffering from DID. His issues stem from the death of his daughter Delia Abbott (Sophie Pollono). When Adam Newman (Mark Grossman) came back to town, Billy started spiraling out of control. Believing that Delia want him to stop Adam, Billy tried to run down the Newman outcast.

Luckily, Chloe Mitchell (Elizabeth Hendrickson) was there to push Adam out of the way. Then she and Kevin Fisher (Greg Rikaart) took an unconscious Billy back to the boathouse. Chloe understands what Billy is going through and she feels that she could help him. However, she soon realized that Billy’s issues were deeper than she imagined. 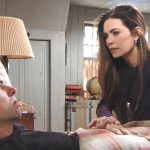 Chloe then brought Victoria back to the boathouse to explain what’s going on with Billy. Victoria knew her husband was going through a difficult time, but didn’t realize how tough it was. She’s sees that Billy is getting worse, but makes a vow to stick by his side to help him.

But how far is she willing to go to help her husband?

After learning that Billy tried to run down Adam, Victoria was horrified. Like Chloe, Victoria wants to keep Billy from going to jail. If he was arrested this would cause him to go off the deep end. Victoria wants to protect her husband and she’s willing to make the ultimate sacrifice for him.

When the truth comes out about Adam’s hit and run, Victoria is going to take the blame for it.

While Victoria thinks she’s doing the right thing by keeping Billy out of jail, she’s setting herself up for more trouble.

Earlier this year, Victoria faced prison time due to her role in JT Hellstorm’s (Thad Luckinbill) “murder” and coverup. But she was exonerated once the truth came out.

Victoria got lucky once, but this time may be different. Adam has a vendetta against the Newmans and when he learns who’s responsible for running him over, he’s going to make that person suffer. The support of her family along with the Newman money may not be enough to help Victoria.

Young and the Restless (YR) Spoilers: Jack And Sharon Find Each Other – Getaway Potentially Sparks Reunion