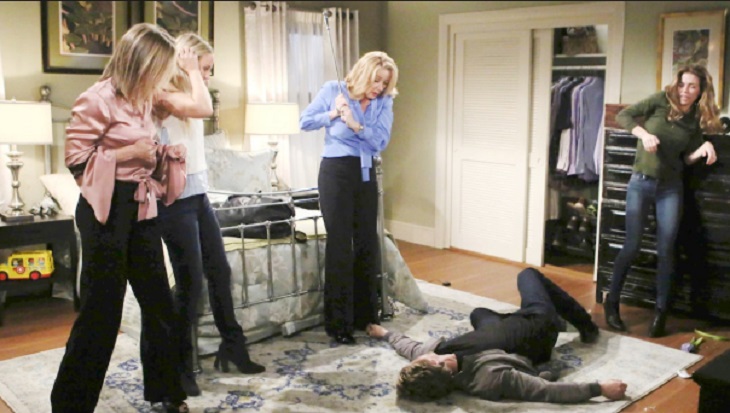 Hardcore fans of ‘The Young and the Restless’, like supporters of all soap operas, recognize when they’ve been signaled. This week’s series of retrospective scenes painstakingly detailing J.T.’s (Thad Luckinbill) final moments and unlawful burial appears to signal that the long-awaited climax to this storyline has been racked.

Nick (Joshua Morrow) asked the coverup crew for an explanation of their actions from the beginning. Using Morrow’s character as they memory refresher vehicle, Y&R’s audience was also shown all key moments that led to J.T. being accidentally killed by Nikki (Melody Thomas Scott) and then buried in Chancellor Park.

An uplifting story about a character having a baby could have been created last April. That child would have been born by now, more than nine months later.

But instead of focusing on the positive’s in life, Y&R opted to take a normal character and color him dark in order to further a hand-picked social topic that demonized Luckinbill’s previously well-liked, normal alter ego, while also offering him no shot at redemption, which is often rightly presented to familiar daytime faces. 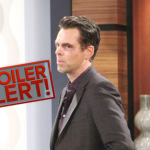 So the story was that J.T. suffered some job setbacks and was holding a grudge about Colleen (Tammin Sursok) being killed by Patty (Stacy Haiduk), who Victor (Eric Braeden) used and manipulated in 2009. Paul (Doug Davidson) and Christine (Lauralee Bell) were also written to the bad side of the law, as they forced J.T. to do their bidding in order to find evidence on Victor for global price-fixing, which was part of a strongly preposterous premise.

J.T.’s inability to find dirt on Victor then set Luckinbill’s character over the edge. Having Braeden’s character be wrongly suspected of this white collar crime was another odd choice, as it made the ‘Moustache’ sympathetic, thus shading Paul, Christine, and J.T. as totally foolish. What was the believability benefit in taking this approach now that the storyline can be seen in full retrospect?

With all regular viewer’s being given a retrospective as a refresher and other viewers being brought up to speed, what happens next seems obvious. Tell all fans who’s been tormenting Nikki and who framed Victor, and if they’re one in the same. While doing so won’t correct what’s happened, at least it’s possible that a satisfying climax can be had, or so supporters of the show hope.