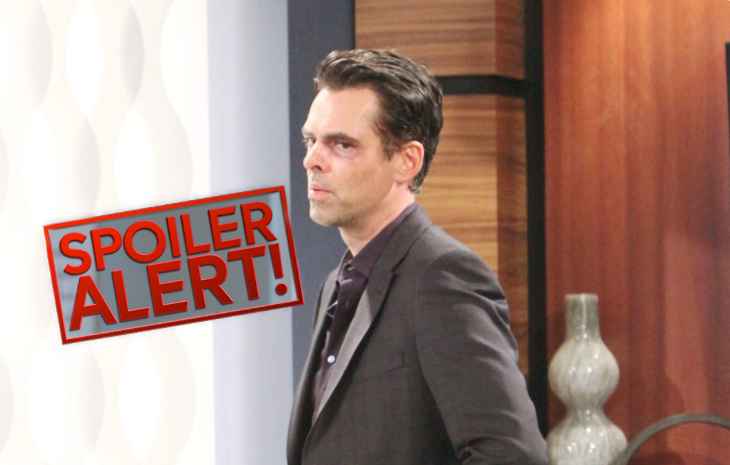 “Young and the Restless” spoilers for Friday, February 1, tease that Mia Rosales (Noemi Gonzalez) will open up to Arturo Rosales (Jason Canela). At Crimson Lights, Arturo doesn’t know if he buys that Mia’s apology to Abby Newman (Melissa Ordway) was sincere. They debate the proposal drama, but Mia suggests she just didn’t like sharing the spotlight at her vow renewal.

Mia also indicates that it hurt to see Arturo open his heart to marriage. He’s always been so adamant about not tying the knot. They hash things out and decide that they’ll try to be friends. Later, Arturo ends up chatting with Rey Rosales (Jordi Vilasuso) at his apartment. The prenup and all the Newman family chaos are part of the conversation. Arturo is confident that he can handle it.

At Jabot, Phyllis Summers (Gina Tognoni) gives Billy Abbott (Jason Thompson) some advice he doesn’t want to hear. Billy grumbles about Victoria Newman (Amelia Heinle) not giving him another chance, but Phyllis notes that it’s not just about what Billy wants. Victoria gets a say in this, too. If Victoria isn’t on board with a reunion, Phyllis feels like Billy should accept that.

Billy gripes again, but Phyllis snaps that she’s not his therapist. They shift gears and consider a report they’re going to work on. Mia shows up soon after and chats with Phyllis about the vow renewal. Billy hints that not everybody gets a second chance and heads out. As he goes, Billy gets an urgent call about Katie Abbott’s (Sienna Mercuri) vanishing act and bolts to the ranch.

Meanwhile, Victoria worries that Katie’s been kidnapped. After getting updates from Nikki Newman (Melody Thomas Scott), Victor makes sure security checks the property. Nick Newman (Joshua Morrow) arrives to pitch in with the family crisis. He ponders security footage, which doesn’t show an intruder. Victor believes the person they’re looking for knew how to dodge the security cams.

Billy blows in and demands that they call the cops. Nick thinks that’s hasty since Katie might’ve just wandered off, but Billy points out that Delia Abbott (Sophie Pollono) wandered off as well. Billy rants that he can’t lose another daughter like this.

Victoria takes Victor and Nick’s side about not calling the police. She argues that Billy could speak with the head of security instead, but he gets fed up and starts to call 911 himself. Nikki convinces everyone to calm down and listen to a sound she just heard. It’s Katie singing and it seems to be coming from inside the walls. Perhaps her new friend’s been using passageways to get around.

At the Abbott mansion, Lola Rosales (Sasha Calle) is worried about her romance with Kyle Abbott (Michael Mealor). She notes that sex is on the table with Summer. His ex can give him what he wants. Kyle insists that he loves Lola and is OK with waiting. He views Summer as a wreaking ball who swoops in and tries to destroy things.

Kyle manages to calm Lola’s fears, so she gives him a hug. However, Kyle looks uneasy about all this waiting he’s doing. He may not as fine about the sex thing as he claims to be!

Back with Phyllis, she learns Mia is torn. Mia doesn’t want to cause any more pain for Rey, but she can’t seem to shake her feelings for Arturo. Phyllis warns that Mia has to keep telling herself she’s over him. She doesn’t think anything good can come from pursuing the past.

“The Young and the Restless” spoilers say some great scenes are ahead on the CBS soap. We’ll keep you posted as other Y&R news and rumors emerge. Stay tuned to see what’s next in Genoa City.

Bold and the Beautiful Spoilers Friday, February 1: Brooke Puts Her Foot Down, Florence Overwhelmed With Guilt

The Young And The Restless Spoilers: Victor Knows Adam’s Other Secret? –…