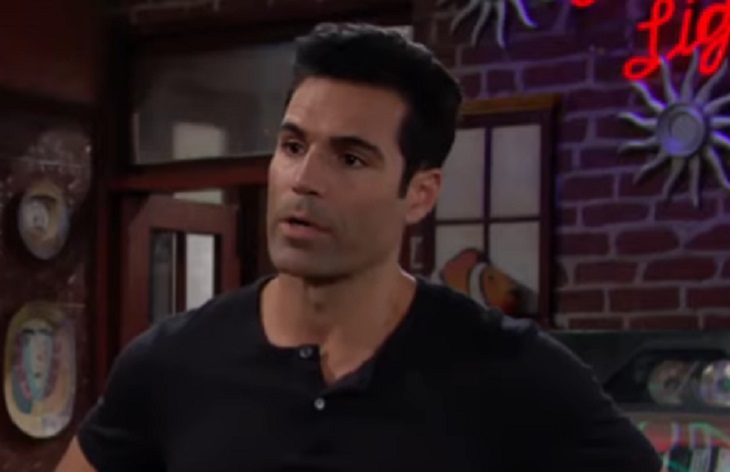 “The Young and the Restless” (YR) spoilers for the week of Monday, July 29, 2019 to Friday, August 2, 2019 tease that “This week moves will be made, sides will be taken, and lives will be changed.” We have a very exciting week coming up and you will not want to miss a moment of the action!

In the newest CBS “The Young and the Restless” promo video we see Phyllis Summers (Michelle Stafford) talking to Adam Newman (Mark Grossman). While working with Adam, Phyllis has been working against him and he has no idea. Phyllis will work with Victoria Newman (Amelia Heinle) and she will let her know that the sale of the assets went through even though she was questioned about it.

Victoria plans to tell Nick Newman (Joshua Morrow) that she is transferring his properties back to him. Phyllis would like to do it herself. Victoria will be glad that she can finally right her wrong with her brother. She has been feeling very guilty since giving Adam the money that he turned around and used to take Dark Horse from Nick. Phyllis will also be working against Adam in other ways and some will be taken by suprise over what she has been up too. Do you Y&R fans think that Phyllis is trying to redeem herself to those she wronged?

Meanwhile, Sharon Newman (Sharon Case) will go to the GCAC to smooth things over with Rey Rosales (Jordi Vilasuso) who is not happy at all with her. Rey feels like Sharon is using him to cover up her feelings she still has for Adam Newman. Sharon will insist to Rey that she harbors no feelings for Adam, but only feels pity for him. Rey will not buy it and will declare that they are over.

Sharon feels like his attitude is coming from how things went down with Mia Rosales (Noemi Gonzalez) and points out that she is not her. Rey has already brought up to Sharon that she was in love with two brothers as well and feels they are in some ways the same. Sharon and Rey’s romance appears to have run it’s course. Do you Y&R fans think that Sharon still loves Adam?

The Young and the Restless Spoiler – Michael Baldwin Stands His Ground

Christine Williams (Lauralee Bell) plots her next move. Mariah Copeland (Camryn Grimes) and Tessa Porter (Cait Fairbanks) celebrate a new chapter. Abby Newman (Melissa Ordway) keeps Nate Hastings (Sean Dominic) on his toes. As you can see we have a very eventful week heading our way, so make sure to stay tuned to CBS “The Young and the Restless” to see how this all unfolds. Don’t forget to check often with Soap Opera Spy for all your latest spoilers, news, updates, and much more!