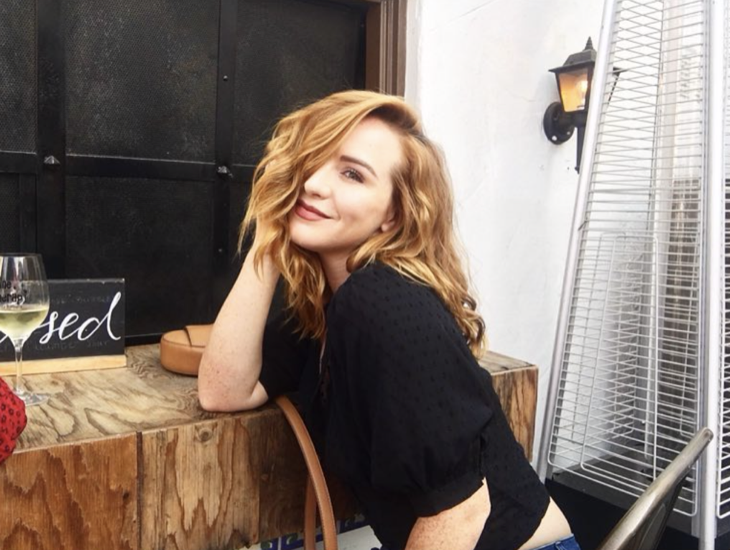 Young and the Restless (Y&R) star Camryn Grimes fights back against her haters and she defends her pale skin. She said she’s heard a lot of people saying that she is really pale, suggesting she is sick or needs to tan. She wants to silence the hateful comments once and for all.

Grimes explains that she is a redhead and she is naturally pale. She said that the show’s lights are unforgiving for her skin tone and her skin looks even lighter compared to some of her co-stars. However, she has healthy skin and there is no cause for concern.

Camryn went on to say that in the Winter she gets less sun than in the summer. She added that she will not use spray tans as the bronze doesn’t look natural. And, she doesn’t think that tanning bed is good for you, so she avoids them, too.

The talented young actress said that being a red-head puts her at high-risk for skin cancer and she isn’t willing to put her health at risk because a handful of Y&R viewers are not comfortable with her pale skin.

Linsey Godfrey Stands Up For Camryn

Many of Linsey and Camryn’s followers agreed with them. They cannot believe that people are bashing Grimes’ beautiful pale skin and urged her to tune the haters out.

Camry Grimes has beautiful natural looking skin. She has nothing to apologize for. Let’s hope those who needed to see her tweet did and the harassment will stop. Don’t forget to come back later for more The Young and the Restless (Y&R) spoilers, news, and casting updates!

This tweet wasn’t about me. I appreciate everyone coming to my defense. It was inspired by a friend needing to defend her appearance. As a general rule let’s be kind to each other.. or you know.. we can start roasting back? Haha! No, let’s have 2019 be a year of love and kindness https://t.co/5QWVPf3sMv

Just another thought. I didn’t HAVE to comment/explain but I thought I would. Mostly to shed light on the fact that what you write gets seen & that conversation & criticism based on people’s appearance is RIDICULOUS & beneath everyone. Let’s be better. ❤️

The Young And The Restless Spoilers: Victor Knows Adam’s Other Secret? –…