Young And The Restless Spoilers: Will Kerry’s Exit Reveal Ashley As Her Mysterious Partner? 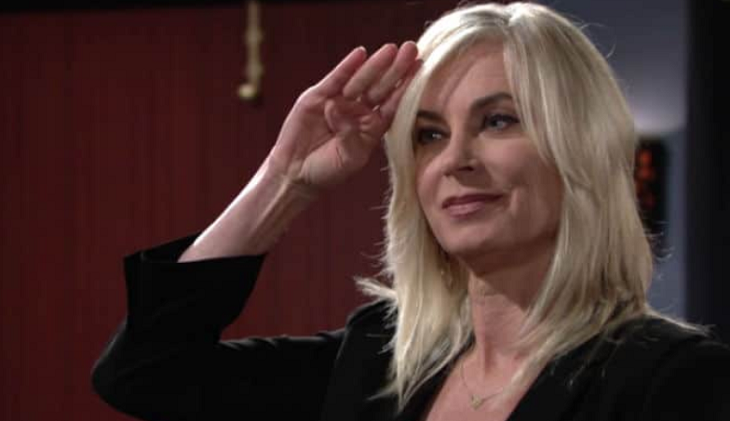 Sure, Kerry Johnson (Alice Hunter) can’t be ruled out as J.T. Hellstrom’s (Thad Luckinbill) accomplice on the Young and the Restless (Y&R). But it feels more likely that she’s in league with Ashley Abbott (Eileen Davidson). Will an alignment with Ashley serve as Kerry’s exit storyline?

Y&R fans, as is true of the devotees of the other three remaining broadcast network soap operas, rank as the most savvy and devoted entertainment connoisseurs. The time commitment offered makes each individual more than an observer of Genoa City. Instead, students of the daytime game know how to read between the lines and to predict plot lines, as is best possible.

News that Hunter is leaving the cast was disappointing to all who value the effort it takes any actor to achieve a casting on daytime’s 30-year-plus reigning steamer. For many actors, that job will always rank with one’s best career moments.

Young And The Restless Spoilers – Kerry Has A Mysterious Collaborator

Kerry’s exit storyline, as teased by the actor herself, involves her earning her ousting from Genoa City. Combine that with Davidson’s known return stint, scheduled for a pinch of episodes in the near future.

A mention of Phyllis Summers (Gina Tognoni) and Jack Abbott (Peter Bergman) in Kerry’s recently shown text, with the former ‘Phick’ being right where “we” want them, was very intriguing. That was followed later in the week by Kerry’s phone call to an unknown party.

Phyllis’ tell to Kerry about Jabot’s ability to block Ashley’s My Beauty products launch preceded, by minutes, Kerry’s smartphone conversation. Soap fans are right to believe that was a clue, as why would J.T., if alive, be on the other end?

Young And The Restless Spoilers – Kerry A Plant At Jabot From The Start?

Fans could hedge their bets by suggesting that Phyllis was a one-time member of the Cover-up Crew. So, it’s possible that Kerry is the link to both arc angles. But for the moment, let’s stay on cosmetic industry double-dealing.

It makes most sense to link Kerry to Ashley because it’s known that Kerry will be leaving GC very soon. That could mean that Hunter’s character has been a plant at Jabot from the beginning.

Did Ashley outsmart Phyllis from the beginning, play on Jack’s emotions, roll Billy Abbott (Jason Thompson) and the rest before flying away to Paris last year? Y&R fans will soon know the answer.

Days Of Our Lives Spoilers: Leo Offers His Services To Stefan – What Is He Up To?