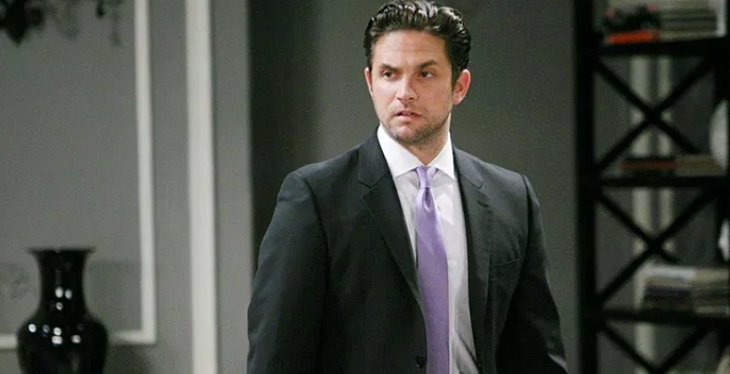 Stefan DiMera is getting a new face on “Days of Our Lives,” with Brandon Barash taking over the role from Tyler Christopher.

Christopher’s last air-date as Stefan is March 20, and on March 22, Barash will become the character’s new look, according to Daytime Confidential.

Stefan and Chloe (Nadia Bjorlin) are getting closer, and “Days of Our Lives” spoilers tease that Stefan will be facing a challenge to save Chloe from grave danger. But Chloe is also set to exit Days, so we’ll have to see what’s in store for Barash. How would his pairing with Gabi (Camila Banus) work?

Barash previously portrayed Johnny Zacchara on General Hospital, so soap fans should be excited to see him back on their daytime screens. He also appeared as Detective Robby Oderno on prime-time Major Crimes. His other credits include Lucifer, Criminal Minds: Beyond Borders, and The Last Ship.

Meanwhile, Christopher decided to leave “Days of Our Lives” to pursue other career opportunities in the entertainment industry. In fact, he has already finished filming for the project Max Winslow and the House of Secrets. He has also been cast as Dr. Luke Kiriakis on thriller film Unhallowed, which is directed by and written by Gregori J. Martin.

According to Soap Opera News, Christopher’s exit from Days was due to the soap’s recent casting cuts. But Christopher is not ruling out the possibility of coming back to reprise Stefan DiMera.

“Soaps have a revolving door. It’s always been that way. People come and go,” he told Daytime Confidential.

What about returning to General Hospital as Nikolas Cassadine?

“I haven’t talked with General Hospital about returning. But I’d be open to it of course if they would be. I love Nikolas Cassadine and would love to bring him back.” Christopher left Port Charles in 2016, where he portrayed Cassadine for 10 years.

Days Of Our Lives Spoilers: Leo Offers His Services To Stefan – What Is He Up To? https://t.co/YYo4oxfK7J pic.twitter.com/x39dM3snJo

While he has worked on other projects such as sci-fi F.R.E.D.I on Netflix, he said he will always come back to daytime. “That’s my jam. That’s been my jam for over 20 years,” he said. “I’m always open to coming back to daytime. I will never close that door.”

Young And The Restless Spoilers: Will Kerry’s Exit Reveal Ashley As Her Mysterious Partner?