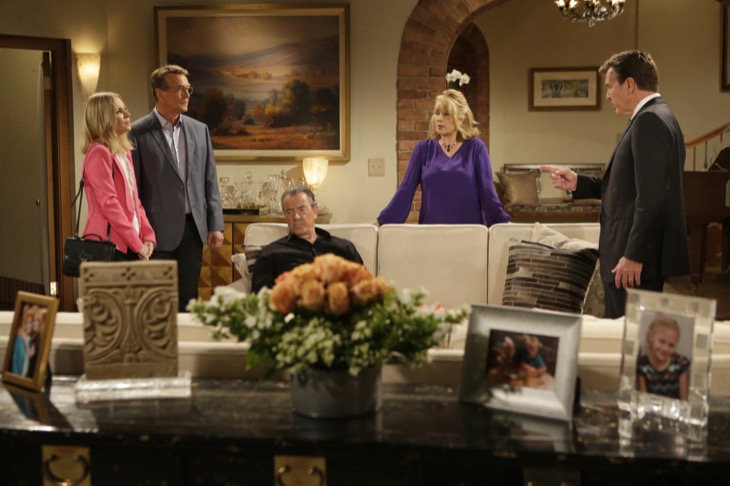 Fans and co-stars of the Young And The Restless (Y&R) are calling for the return of Doug Davidson, who was fired from the show in September 2018.

Melody Thomas Scott retweeted a fan’s photo of herself and Doug Davidson on her Twitter account yesterday with the caption: “I’ll never stop dreaming… Let’s make this happen! Love you and miss you, my first and forever-classic Genoa City partner in crime! Love you, my Dougie! xo.”

Thomas Scott, who plays Nikki Newman on the soap, had shared many storylines with the actor, who played Police Chief Paul Williams and had been on the show for 40 years.

.I'll never stop dreaming… Let's make this happen! Love you and miss you, my first and forever-classic Genoa City partner in crime! Love you, my Dougie! xo https://t.co/PSvmVnHmNh

A fan mentioned there is also a petition in the works with more than 7,000 signatures, asking for the return of Davidson to the Y&R.

Another fan pointed out that the response to the heartbreaking death on Sunday of 52-year-old Kristoff St. John, who played Neil Winters on the show for 28 years, should alert Y&R producers to the fact that fans love the veteran actors on the cast. “Bring back Doug Davidson to help us heal.”

Amen Mel…The Viewers DEMAND That The Writers KEEP The Thread Of Bill Bell's Legacy On The Canvas-Enough Of The Stunt Storylines-Bring Back @DougDavidsonYR & Good Storytelling With Those Vets That Are The ROOTS Of The Show! #YR

One viewer tweeted to Thomas Scott: “Amen Mel…The Viewers DEMAND That The Writers KEEP The Thread Of Bill Bell’s Legacy On The Canvas…Bring Back, Doug Davidson…Vets Are The ROOTS Of The Show!”

In an interview with the Daily Beast regarding the death of St. John, Eric Braeden, who plays Victor Newman, mentioned how there had been an effort (mainly by former executive producer Mal Young, who he wouldn’t mention by name) to minimize legacy characters on the show.

@DougDavidsonYR @CBSDaytime @malyoung @AngelicaMcD
I have just learned that the wonderful Doug Davidson has been fired from @YandR_CBS
After 40 years! This is a disgrace. Shame on you @CBS
You have destroyed this show @EBraeden @MelodyThomasSco

At the time of Davidson’s firing, Braeden had angrily spoken out about it on Twitter.“I have just learned that the wonderful Doug Davidson has been fired…This is a disgrace.” Will fans get what they want – the return of Genoa City Police Chief Paul Williams?