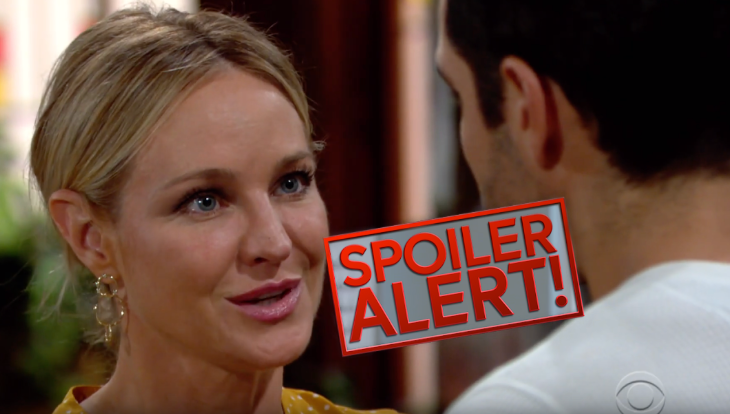 “Young and the Restless” spoilers for Wednesday, February 13, tease that Cane Ashby (Daniel Goddard) will get grilled. At home, the twins want to know why Cane’s bailing on visiting Lily Ashby (Christel Khalil). It’s Valentine’s Day as well as their anniversary. Cane tries suggesting that his work schedule is the problem, but that doesn’t sit well with Mattie Ashby (Lexie Stevenson) and Charlie Ashby (Noah Alexander Gerry).

After the teens push Cane on this, he notes that Lily’s got a class to teach and doesn’t want to see him. Charlie and Mattie eventually show Cane the fairytale video they’re making about Cane and Lily’s love story. They rope Cane into narrating part of it. The story talks about how the queen’s locked away, but her loyal king is awaiting her return.

Cane gets misty over the twins’ project but insists he’s just moved by the gesture. Later, Cane looks at a happier “Lane” pic and seems glum. Meanwhile, Lola Rosales (Sasha Calle) is on a mission to see Kyle Abbott (Michael Mealor). Jack Abbott (Peter Bergman) is worried Lola might hurt Kyle again, but she confesses that she was being selfish and struggling to figure out her first real relationship.

That satisfies Jack, so he offers the address of the cabin. Lola also takes a call from Mia Rosales (Noemi Gonzalez) at some point, but she refuses to become part of her relationship drama. Mia’s on her own when it comes to handling her issues with Rey Rosales (Jordi Vilasuso).

Lola turns her attention back to her own romantic woes. She finds Arturo Rosales (Jason Canela), who’s been distracting Abby Newman (Melissa Ordway) from her family’s legal problems. Lola wants to use Arturo’s truck to drive to Kyle at the cabin. Arturo is hesitant, but Abby convinces him that Lola needs to go after her man.

At the cabin, Summer Newman (Hunter King) drinks Champagne with Kyle and does her best to charm him. They end up going on the sleigh ride Kyle had planned for Lola. After a game of hockey and more Champagne, Summer tries leaning in for a kiss. Kyle reciprocates briefly but then suggests it feels wrong since he’s still in love with Lola.

Summer pushes Kyle to accept that it feels right instead and goes in for another kiss. Just outside the door, Lola peers in at the lip lock through the glass. Back with Mia, she manages to get a detective on the phone and pushes for an APB on Rey. Mia declares that it’s an emergency before she locates Arturo. She gives Rey’s brother a warning since she cried out Arturo’s name during lovemaking.

Rey and Mia are getting busy when Mia says: “Arturo..”

Mia feels like Arturo could become a target thanks to her blunder. While Arturo processes the news, Sharon Newman (Sharon Case) deals with an even bigger surprise. Rey arrives at the cottage and insists that his marriage can’t work. He’s in love with Sharon and wants to know if she feels the same.

It takes some work to convince Sharon this isn’t about Mia, but she eventually understands. Rey notes that he’s trying to be honest with himself as well as Mia and Sharon. It’s Sharon that he wants, so she reveals that she loves him, too. Sharon wants to take a breather when Rey initiates a kiss. She thinks they should talk over tea, so she goes to make some.

That gives Rey a chance to notice an old phone bill, which has a 911 call listed for the night J.T. Hellstrom (Thad Luckinbill) disappeared. Rey confronts a nervous Sharon, so “The Young and the Restless” viewers will want to check out what’s next. We’ll give you updates as other Y&R details and rumors emerge. Stay tuned to see the hot scenes ahead.