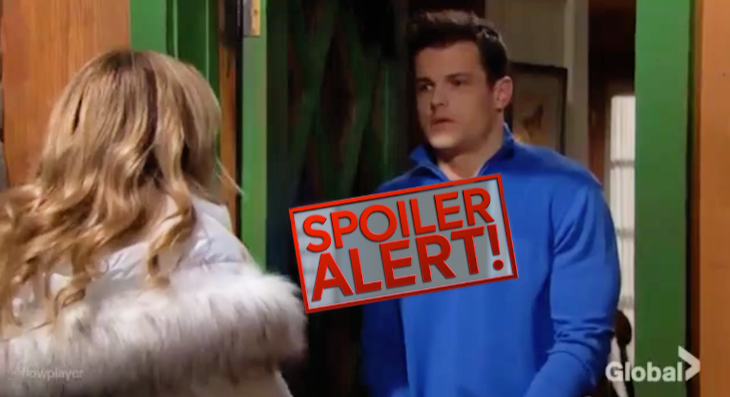 “Young and the Restless” spoilers for Tuesday, February 12, tease that Rey Rosales (Jordi Vilasuso) will want the truth from Sharon Newman (Sharon Newman). At the police station, Rey mentions Nikki Newman’s (Melody Thomas Scott) confession to Sharon. He insists he needs to know everything now or else he can’t offer protection.

Sharon maintains that she’s already done spilled her side of the story and takes off. Rey watches suspiciously as Sharon leaves. Meanwhile, Victoria Newman (Amelia Heinle) frets to Billy Abbott (Jason Thompson) at home. She’s concerned about the situation with Nikki, but he thinks the truth will come out and only J.T. Hellstrom (Thad Luckinbill) will be blamed.

Over with Phyllis Summers (Gina Tognoni) and Nick Newman (Joshua Morrow), she’s riled and he tells her to do what she has to do as far as questioning the cover-up crew. Later, Phyllis meets with Victoria, Sharon, and Mariah. She maintains that Nikki needs to keep them all out of this and stick to her current story. Phyllis makes it clear that she’s not going down for any crimes that were committed.

Same, Phyllis. Same. I hate that both Phyllis and Billy are stuck in Newman hell again. Somebody fix this mess. #YR pic.twitter.com/9WrHq525aZ

Afterward, Phyllis returns to Nick and continues to worry. She thinks the whole girls’ night gang could face charges, but Nick does his best to comfort her. At the athletic club, Mariah Copeland (Camryn Grimes) catches up with Lola Rosales (Sasha Calle). She offers some Valentine’s Day cookies she made with Tessa Porter (Cait Fairbanks) before shifting the conversation to Kyle Abbott (Michael Mealor).

When Lola reveals she broke up with Kyle, Mariah hopes they’ll get through this bump in the road. Lola feels like they’re not on the same page about their goals and priorities, but Mariah has a different view. She doesn’t understand why Lola objects to Kyle’s grand gestures, especially when they’re the only way he can earn her attention. Mariah thinks it’s time for Lola to be the one who steps up.

Once Kyle fills Jack Abbott (Peter Bergman) in on his romantic woes, he heads off to the cabin to be alone. Summer Newman (Hunter King) seeks info from Jack soon after, but he advises her to stay out of it. However, Summer takes a look at that invitation she swiped and realizes where Kyle must be.

Lola also drops by hoping to speak with Kyle. Jack indicates that Kyle’s at the cabin by himself, so big trouble’s brewing. That’s because Summer arrives to see Kyle at the cabin on Tuesday. Things should heat up between Summer and Kyle later this week, so Lola could be in for a very unpleasant surprise.

Summer tells Kyle: “I just can’t keep wondering if there is something else holding her back besides her principles. You’ve given your heart and soul to this relationship. I’m just wondering if Lola is giving as much as you are. You deserve that.”#YR #YoungandtheRestless pic.twitter.com/khZjJsFxrN

At Rey’s apartment, he brings Mia Rosales (Noemi Gonzalez) some magazines and wine. Mia’s grateful that he cares, but the mood shifts when she spots one of the mags and realizes Abby Newman’s (Melissa Ordway) engagement to Arturo Rosales (Jason Canela) is on the cover. Rey notices Mia’s agitated reaction and wonders if she’s jealous.

Mia rants about Abby a bit more before trying to focus on Rey. After they begin making love, Mia suddenly shouts Arturo’s name. Rey is appalled and hisses that Mia wants Arturo, so she’s got him. He marches right out of the apartment, so Mia definitely messed up!

“The Young and the Restless” spoilers say some exciting drama’s ahead. We’ll give you updates as other Y&R news and rumors emerge. Stay tuned to see what’s next in Genoa City.