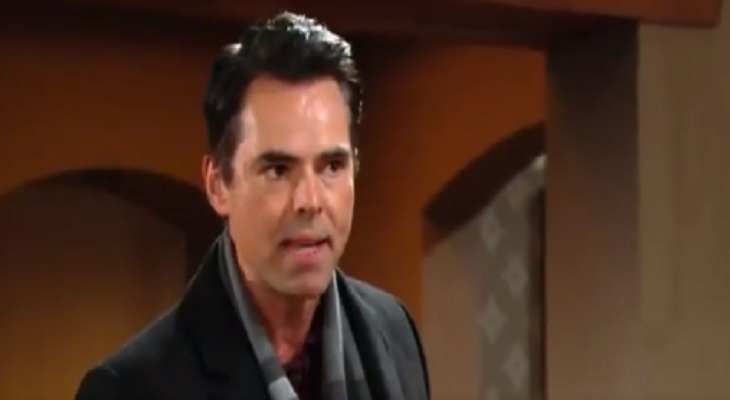 Young And The Restless (YR) spoilers indicate Billy Abbott (Jason Thompson) will get upsetting news this week. In a preview, Victor Newman (Eric Braeden), is seen on the phone, telling someone his granddaughter is missing. But which granddaughter? All signs point to Victoria and Billy’s daughter Katie (Sienna Mercuri)!

On today’s Y&R Katie and Johnny (Holden and Ryan Hare) were in the living room at the Newman Ranch with Victor, who was reading them a story. Katie disappeared from the room and The Mustache went looking for her. He found her in a hallway talking about a tea party and he asked her who she was talking to.  “My friend,” Katie replied. “Grown-ups can’t see him, just me.”

When Billy hears the news that Katie is missing, Young and the Restless spoilers indicate he will be tormented by the past, reliving the tragedy that befell his daughter Delia (Sophie Pollono).

In October of 2013, Young and the Restless showed Delia was thrilled to be playing the wicked witch in her school production of The Wizard Of Oz. After her successful performance, Billy left his daughter and her dog Dash in his vehicle to go into a store for some celebratory ice cream. 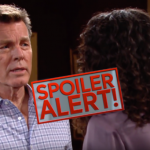 Young and the Restless Spoilers Tuesday, January 29: Kerry Reveals Her Secret to Jack – Summer’s Huge Announcement – Kyle Gets a Shock

Delia opened the vehicle door to let Dash out for a pee and he ran into the road. Delia ran out after him, which was when she was accidentally struck by Adam Newman’s (Michael Muhney) car. Delia was taken to the hospital, but later died from her injuries.

Young And The Restless Spoilers – Billy Haunted By Delia History

Of course, this led to a downward spiral for Billy, who was tortured by guilt over his part in his daughter’s death. Seeking vengeance, he kidnapped Adam at gunpoint and held him captive in his SUV. When Adam tried to grab the gun from him, the vehicle careened over a cliff. Billy survived it and Adam (at the time) did not.

Will couples crumble this week on #YR? Don’t miss that and Billy and Victoria’s search for Katie coming up on The Young and the Restless. pic.twitter.com/WNzSwvDbYW

Rumor has it, whoever kidnapped Katie is the same person who set up video surveillance cameras at the Newman Ranch. Could the person who took Katie be her new “friend” she told her grandfather about?

One thing’s for sure – Billy’s mind will be racing, but he’s determined he’s not going to allow harm to come to his daughter. Hopefully, little Katie will be found safe and sound!

Bold and the Beautiful News: Winsor Harmon Gets A New Job