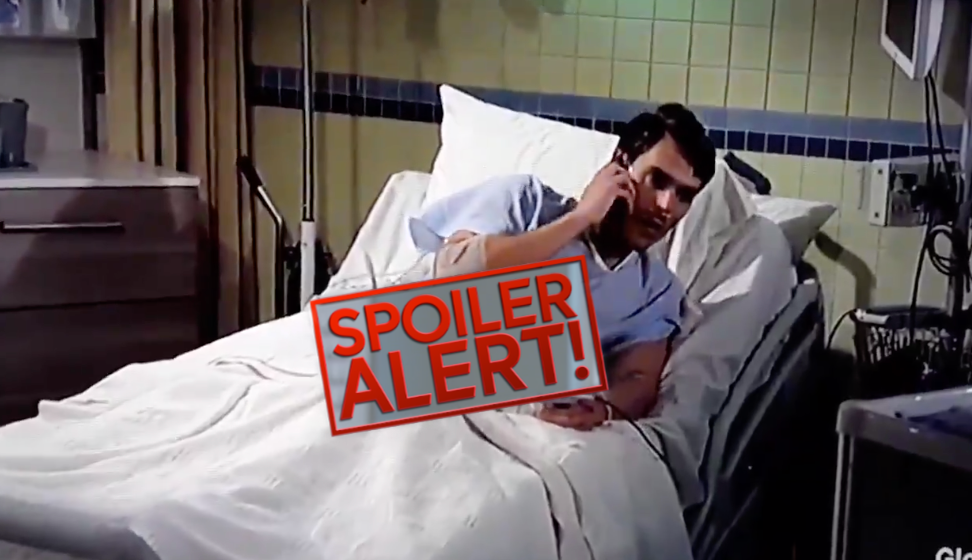 “Young and the Restless” spoilers for Tuesday, May 21, tease that Adam Newman (Mark Grossman) will have regrets. At the hospital, Adam tells Victor Newman (Eric Braeden) that he remembers all of it. He now fully understands the hate surrounding his Genoa City comeback.

Y&R Spoilers: Adam Newman Apologizes To Sharon Newman For The Things He Did To Her

Victor reassures Adam and points out that he’s glad they have a new beginning. Next, Sharon Newman (Sharon Case) arrives. Adam brings her up to speed on the memory situation and expresses remorse over the things he did to her. He doesn’t think Sharon should’ve forgiven him, but Sharon contends it was her decision. She believes they can get through everything all over again if that’s what it takes.

Sharon also goes to retrieve Adam’s phone from the tack house while Paul Williams (Doug Davidson) grills the victim. He wants to know if Adam remembers who shot him. Adam insists that he doesn’t, but he thinks he has a pretty good idea of who did. He argues that he had a lot of enemies as “Spider” in Las Vegas. Adam suggests that Adam Newman may not have been the target for once.

Young and The Restless Spoilers: Adam Newman Knows Who Shot Him

Once Adam gets his phone back and everybody exits, Adam calls someone and explains that he was shot. He assures the person that he’s OK, but he needs some help. Adam knows exactly who was behind the shooting, but he wants to handle it on his own. He asks his partner in crime to find a fall guy so they can shut the investigation down.

Meanwhile, the rest of the Newmans gather for a family meeting. Victor feels like Nick Newman (Joshua Morrow), Victoria Newman (Amelia Heinle), Abby Newman (Melissa Ordway) and Nikki Newman (Melody Thomas Scott) should make Adam feel welcome. They all gripe about Adam and voice their concerns, but Victor doesn’t approve of their attitudes.

After Victor dismisses his kids, he hints to Nikki that they’re jealous over Adam’s return. Nikki doesn’t think Victor is handling all this correctly. She feels Vic should work harder to reassure his other children that Adam isn’t a threat.

At the hospital, Victoria pops in and wonders if Adam wishes he could forget what he knows now. Adam indeed wishes he didn’t know. Victoria makes it clear that she can’t forget the past and won’t allow Adam to hurt the people she cares about.

Next, Lauren Baldwin (Tracey E. Bregman) plays Cupid with Michael Baldwin’s (Christian LeBlanc) assistance. After introducing Jack Abbott (Peter Bergman) to Claire (Kristen Carey), they all visit Society for lunch. As part of Lauren’s plan, Michael calls Lauren away to deal with a problem. That leaves Jack and Claire to chat alone.

As they talk, Jack puts the clues together and gets the picture. He figures Lauren set them up, which Claire admits. Jack turns down the chance to attend a promotional event in Chicago with Claire. He blames work for his lack of interest in dating right now, but he agrees to keep Claire’s card.

Afterward, Jack confronts Lauren about her matchmaking. He isn’t angry with her, but he intends to concentrate on his duties at Jabot. Lauren tries to change Jack’s mind to no avail. She eventually gives up, kisses Jack’s cheek and meets up with Michael. Lauren learns Michael wants to take dancing later and keep some life in their romance.

Back with Jack, he seems deep in thought as he looks at Claire’s card and a message from Ashley Abbott (Eileen Davidson). “The Young and the Restless” spoilers say there’ll be some tough choices in Jack’s world soon, so don’t miss all the drama. We’ll give you updates as other Y&R news and rumors emerge. Stay tuned to see what’s ahead on the CBS soap.