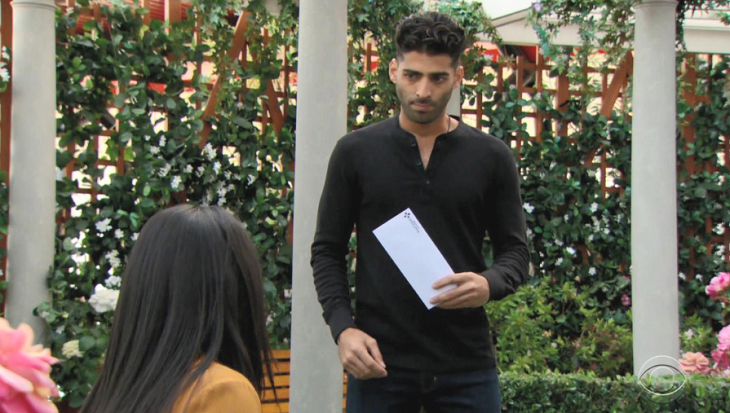 Last week on the Young And The Restless, Mia Rosales (Noemi Gonzalez) ended up in the hospital after she doubled over in pain. This was after Police Chief Paul Williams (Doug Davidson) questioned her about Lola Rosales’ (Sasha Calle) attack.

Her estranged husband Rey Rosales (Jordi Vilasuso) was sure Mia was lying, so Paul wouldn’t arrest her. He also took it upon himself to demand a paternity test.

Luckily, Arturo Rosales (Jason Canela) was also there. All the tech needed was a cheek swab from both men to determine the daddy. The results came in Mia was thrilled when the father turned out to be Arturo. The two talked about heading back to Miami and will likely exit the Y&R canvas this week.

Rey opened the paternity results with new girlfriend Sharon Newman (Sharon Case) by his side. He told her he wanted to be a father but was relieved that he wasn’t. Rey then went to Paul and pleaded Mia’s case. Since Lola didn’t want to press charges, Mia was off the hook.

Young and the Restless Weekly Spoilers May 20 To May 24: Victor Pleads With Adam- Rey Asks Sharon To Take Next Step- Phyllis Makes Bold Move https://t.co/sqGMokVTpw pic.twitter.com/8VRynYo91Q

Traci Abbott’s (Beth Maitland) novel and the film noir interpretation of it took yet another turn this past week. She introduced a character much like herself, as Cane Ashby’s (Daniel Goddard) sassy secretary.

But as real-life Cane arrived at her door, with some ideas for her new book, she couldn’t help but imagine what Cane would look like without his shirt on. And really, who can blame her? What hot-blooded Y&R fan wouldn’t want to picture a shirtless Cane?!

And finally, Adam Newman (Mark Grossman) caused quite a stir when he returned to Y&R’s Genoa City last week. His homecoming was anything but joyous and he was met with harsh disdain from his brother Nick Newman (Joshua Morrow) and his sisters Victoria Newman (Amelia Heinle) and Abby Newman (Melissa Ordway).

He also found out he was responsible for the death of Billy Abbott’s (Jason Thompson) young daughter Delia, something that affected him deeply.

Besides his father Victor Newman (Eric Braeden), Sharon was the only one who showed him any support. But after she saw him with a huge bag full of cash, she questioned his motives.

Tired of Victor’s badgering, Adam told him he was heading back to Vegas. But just as he was headed out the door with his bag full of money, a gunshot rang out and he ended up with a bullet in his stomach!

Who do you think shot Adam – and will it somehow cause his memory to return? Do you think Traci and Cane will become a couple? Will you miss seeing Mia and Arturo on Y&R? Let us know in our comments section.