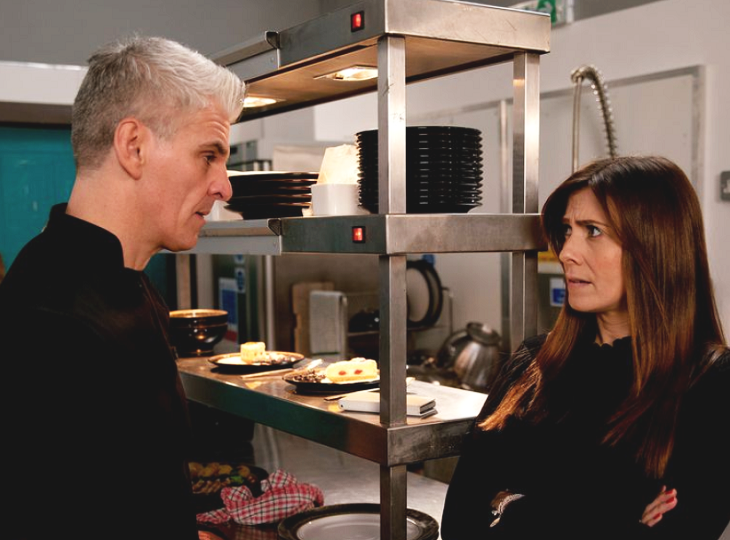 On “Coronation Street,” Robert Preston (Tristan Gemmill) may stay true to his word when he vowed to win Michelle Connor (Kym Marsh) later this year. Could this mean a happy ending for the two?

The pair have grown closer once again the past few weeks. Michelle promised Peter Barlow (Chris Gascoyne), who is currently in rehab for drinking again, that she will do her best to find Carla Connor (Alison King).

Fortunately, her ex-partner Robert is there to lend her a hand. She feels the sincerity of Robert when he said that he wanted to help search for Carla, after finding out that he produced “missing” posters and even offered a reward to those who can provide credible information about Carla’s whereabouts.

It seems that Robert isn’t just there to help her look for Carla. He’s stepping up his game and will do all he can to get back with Michelle. But since it is “Coronation Street,” fans know that it won’t be that easy. 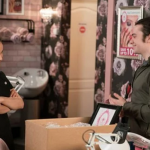 As Robert try to go back to Michelle’s good graces, his past will resurface and may ruin his chances of winning his lady love back. Viewers have to wait to find out what these revelations are.

Viewers may recall that Michelle broke up with Robert last March after deciding that they had no future together. The two was unable to come to an agreement whether they should extend their family or not. It all began when Michelle thought that she was pregnant.

Robert was overjoyed at the possibility of being a father but Michelle was having second thoughts because of her fear of losing another child.

Although Michelle agreed to give it a try, she discovered that she’ll never be ready to have another child when a football was accidentally kicked into her stomach while she was talking to Carla outside the factory.

Do you think Johnny will be able to get Peter before it's too late?#Carla #Johnny #Peter #Roy #Corrie pic.twitter.com/8LV7MtLyjn

When she had herself checked to see if the baby was fine, she found out that she was never pregnant. Michelle cried so hard not because she was disappointed but for feeling relieved that she’s not pregnant after all. This made clear that Michelle and Robert wanted different things and decided to end their romance.