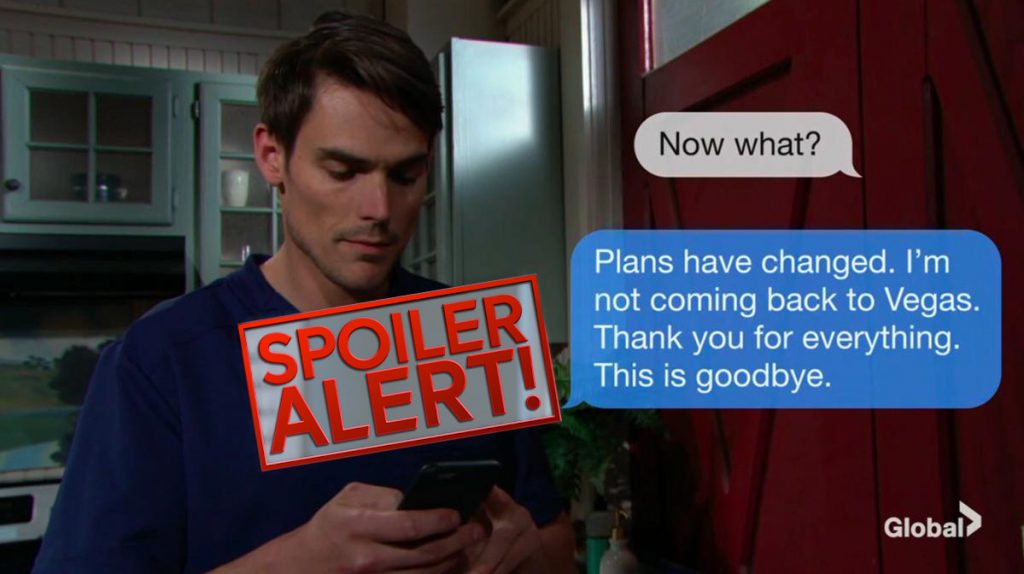 “Young and the Restless” spoilers for Thursday, May 23, tease that Cane Ashby (Daniel Goddard) will get some words of encouragement. At Crimson Lights, Cane is preparing for his first day on the job when Traci Abbott (Beth Maitland) calls to wish him good luck. Next, Cane meets with a parolee and coaches him on how to hopefully nail his job interview.

At the Abbott mansion, Traci resumes writing her book and imagines herself in character helping Flynn (Daniel Goddard) with a clue. Dina Mergeron (Marla Adams) comes in soon after and is upset over not being able to find the bathroom. She’s convinced this isn’t her home and tries to refuse Traci’s help.

At the hospital, Jack Abbott (Peter Bergman) is glad to see Adam back in Genoa City. They discuss what’s next and try to figure out Victor Newman’s (Eric Braeden) motives. Jack’s got Adam’s back, but he has to leave to go deal with Dina. Once he returns to Traci, he settles Dina down and gets her upstairs. Traci and Jack revisit the idea of putting Dina in a facility. Although it’s painful, they agree it’s the right call.

Cane stops by eventually, so Jack pushes Traci to go for a walk with him. Once Traci shares her family troubles, Cane talks about feeling fulfilled in his new nonprofit organization position. They eventually kiss until Traci snaps back to reality. She gets nervous and excuses herself, but Jack notices she’s rushing around later. He also mentions that he’s summoned Ashley Abbott (Eileen Davidson) to help out with the Dina arrangements. On the staircase, Dina listens in on their conversation.

Young and The Restless Spoilers: Paul Williams Suspicious of The Confession

Back with Adam, he looks at a photo that Paul Williams (Doug Davidson) presents. It’s someone who came down to the police station and confessed to the shooting. Adam confirms he won a lot of cash from the man in the photo. He’s eager to put this to rest, but Paul’s suspicious. He notes that this isn’t over and adds that everyone’s winning streak comes to an end.

Adam makes it back to the tack house later and lets his secret partner know that plans have changed. He’s not returning to Vegas, but he thanks this person for everything and says goodbye. At Newman Enterprises, Adam tells “Pop” he’s sorry. He’s about to let Victor down. Adam takes out his phone again and asks two people to meet with him.

Today on #YR, Victor and Billy clash over their past and Devon and Elena grow closer. WATCH FULL EPISODE: https://t.co/cSK63EN3TO pic.twitter.com/8spGALYtIf

At Society, Abby Newman (Melissa Ordway) cuts herself while slicing veggies and ranting about her personal life. Dr. Nate Hastings (Sean Dominic) fixes her right up and wants to be a friend to her. Abby wonders if Nate would like to have dinner as friends, so he gets on board.

“The Young and the Restless” spoilers say some great scenes are coming up. We’ll give you updates as other Y&R news and rumors emerge. Stay tuned to see what’s ahead in Genoa City.

Bold And The Beautiful Spoilers & Recap Wednesday, May 22: Hope Ends Her Marriage To Liam – Sally Wants Wyatt Back