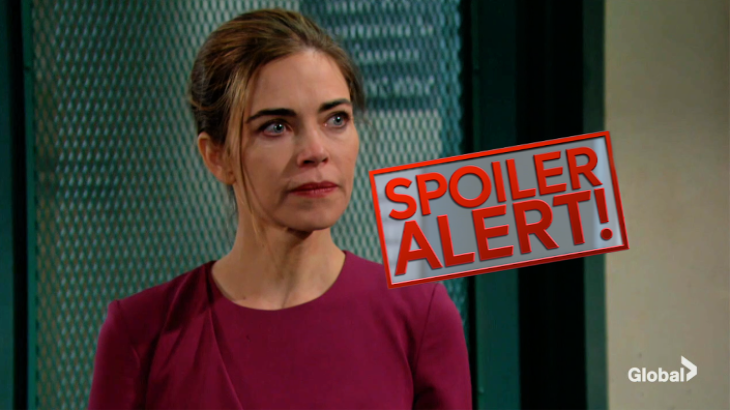 “Young and the Restless” spoilers for Thursday, March 14, tease that the convicts will get some visitors. In a holding room, Victor Newman (Eric Braeden) arrives to comfort a crying Nikki Newman (Melody Thomas Scott). He wishes he could’ve gone on trial as planned, but Nikki is mostly upset over Victoria Newman (Amelia Heinle) getting dragged into this. Victor vows to fight for their freedom.

Over with Sharon Newman (Sharon Case), she talks to Mariah Copeland (Camryn Grimes) about Faith Newman (Alyvia Alyn Lind). Mariah agrees to look after Faith while Sharon is locked up, but she knows Faith needs her mother. They also discuss Mariah posting Tessa Porter’s (Cait Fairbanks) bail, which leads to Sharon refusing to judge their relationship anymore. She doesn’t think that’d be fair since she was so wrong about Rey Rosales (Jordi Vilasuso).

Meanwhile, Victoria speaks with Nick Newman (Joshua Morrow). He assures Victoria that if J.T. Hellstrom (Thad Luckinbill) is still alive, he’s going to track him down with Billy Abbott’s (Jason Thompson) help. Victoria meets with Victor next. She notes that what she did to Tessa made her look ruthless to the jury, but Victor defends his daughter’s actions.

RT if this is how you feel right now. 😭 #YR pic.twitter.com/zmpYGKQ5Uu

At Jabot, Billy gripes when he hears Phyllis Summers (Gina Tognoni) and Summer Newman (Hunter King) discussing the “Skyle” wedding. Phyllis gets why Billy’s angry, but she eventually turns her attention back to Summer’s nuptials. Summer points out that she’s more focused on the marriage than the honeymoon. She denies that this has anything to do with Lola Rosales’ (Sasha Calle) liver transplant.

At the hospital, Lola starts to stir as Kyle sits nearby. He goes to find Dr. Nate Hastings (Brooks Darnell), who brings Arturo Rosales (Jason Canela) in to see his little sis. Lola gets updates on her lengthy coma and upcoming liver donor surgery. She’s anxious to talk to Kyle, but he sneaks off.

Back with Summer, she sits down with Victor at the athletic club. Victor is taken aback to learn Summer’s marrying an Abbott, but he promises he’ll be there. He nixes the idea of a honeymoon, but Summer manages to convince him. That’s good since she needs surgery and recovery time!

At Crimson Lights, Mariah’s horrified to learn Kyle’s marrying Summer in exchange for the donor surgery. He wants to keep this between them and ignores Mariah’s attempts to talk him out of it. Summer calls to confirm that she’ll have time off after their wedding. Kyle insists everything will move forward as planned.

In a holding room, Phyllis visits the only cover-up crew member who agrees to a meeting. It’s Victoria, but she isn’t in the mood for Phyllis’ apologies or excuses. Victoria complains about Phyllis ratting them out, but Phyllis points out that they were separated. She contends she thought everything was falling apart.

Victoria takes the blame game even further back than Phyllis’ immunity deal. She argues that Phyllis pressured everyone to let Victor take the fall, which is what led to Nikki cracking. Victoria warns Phyllis that she’ll get what she deserves eventually.

When Billy meets up with Nick, they find a cop and ask to speak with Rey ASAP. Nick and Billy assure the officer that it’s a matter of life and death! “The Young and the Restless” spoilers say some great drama’s coming up in Thursday’s episode. We’ll keep you posted as other Y&R news and rumors emerge. Stay tuned to see what’s next in Genoa City.