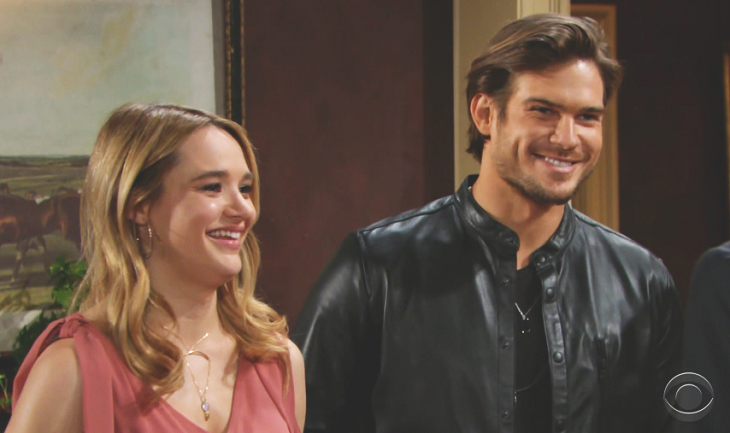 The Young and the Restless spoilers tease that Summer Newman (Hunter King) believes she’s in a no-strings relationship. But Theo Vanderway (Tyler Johnson) is proving to be flaky.

Someone who appears to be nearly 30-years-old shouldn’t want to party hard. But Theo does. Summer doesn’t need that type of reckless personality type in her life, but she feels he’s a good option, or maybe her only one.

There was so much back and forth with Kyle Abbott (Michael Mealor) for so many years. To be fair, both people behaved badly toward each other.

Young And The Restless Spoilers – Summer Newman Has No Personal Goals

Kyle’s impulse marriage offer to Summer, which she accepted, was the worst. He did so in order to ensure that Lola Rosales (Sasha Calle) would receive half of Summer’s offered liver for the needed transplant. Detestable is just one adjective that can be used to describe Kyle’s mentality, as he exploited Summer’s vulnerability toward him in order to secure a needed organ for the woman he really loves.

Digitally skipping to now, Summer has no personal goals. She has centered her business life and is performing well at Jabot. But Theo’s plan to have her become an influencer could jeopardize that one positive achievement.

Influencer’s represent a still-emerging business trend that builds off social media popularity. In Summer’s case, she’s a micro-influencer for the moment. Theo believes that her look, savvy, and connections will allow this portion of her career to take off. That gamble and whatever consequences could result remain to be seen.

For some, influencing, or the claim that it’s a career, also involves a lot of schmoozing and downing of booze. The pop-up party that Theo attempted to push into Kola’s quiet night at the Jabot mansion should have been a warning sign for Summer, but wasn’t. Upon Theo’s return from a claimed business trip in Austin, Texas, Summer told him that she decided to leave Kyle in the past. Theo was happy to hear that, but doesn’t seem convinced.

Lola remains rightly concerned. She’s heard about Kyle’s bad boy past, but wasn’t able to get exact details from Theo at Society. Hopefully Kyle’s history isn’t revived, as that could upend the Kola nuptials. 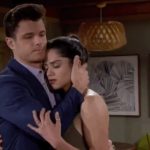 While at first appearing to be an upbeat guy, Theo appears to be revealing himself as a trouble-maker, which means that he’s troubled himself. Living an empty life, with no personal goals is not the direction Summer should be taking. But her ongoing insecurities leave her ungrounded, with Theo as an enabler.