Young And The Restless Spoilers: Summer And Zoe’s Wild Showdown Over Theo 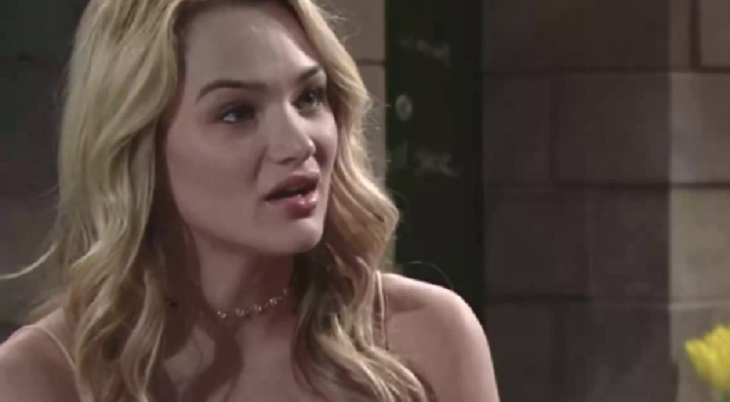 The Young and the Restless (Y&R) spoilers that Summer Newman (Hunter King) will lose her patience over Zoe Hardisty’s (Anna Grace Barlow) clinginess. She doesn’t hold back when she tells her to take a hike either.

Here’s what is coming up on Y&R.

The Grand Phoenix’s opening is here finally. Theo decided to ask Summer to be his date. Theo’s charm is working on Summer as she is starting to take him more seriously. Once at the opening, Zoe hangs around them. Summer has no patience for Zoe’s clinginess, and she snaps at her.

Summer advises Zoe not to be so clingy. Y&R spoilers state that Theo backs Summer up, something that gets under Zoe’s skin. She thought she and Theo were close. It hurts her feelings that he would turn on her so quickly.

It is sounding like Zoe may not be into Theo as much as it appeared. It’s starting to look like Zoe might be obsessed with Summer. We’ll have to wait and see how the storyline plays out to see what happens next.

Theo makes it known to his former “bestie” that he has dirt on him, and he could blow up his marriage. Young and the Restless spoilers say that Kyle lets Theo know that if he plans on using any information to damage his reputation, he will regret it. He will let him know that he will make sure that Theo will retreat to New York.

The Young and the Restless spoilers suggest that Theo will not be scared by Kyle’s threats. He thinks that Kyle is getting a little big for his britches and he will plan a way to expose him. However, he wants to wait until it will have the most impact.

Is Adam behind Katherine Chancellor's will being contested on #YoungandRestless?#YR https://t.co/ZnPBwM2EE6

Summer cautions Theo about messing with the Abbotts. Of course, he will reassure her that he has no intention of causing any trouble. Will Theo blow up Kyle and Lola’s marriage with a secret from his past? Don’t forget to come back later for more The Young and the Restless (Y&R) spoilers, news, and casting updates!

Days of Our Lives Spoilers: Eric and Nicole Make Love