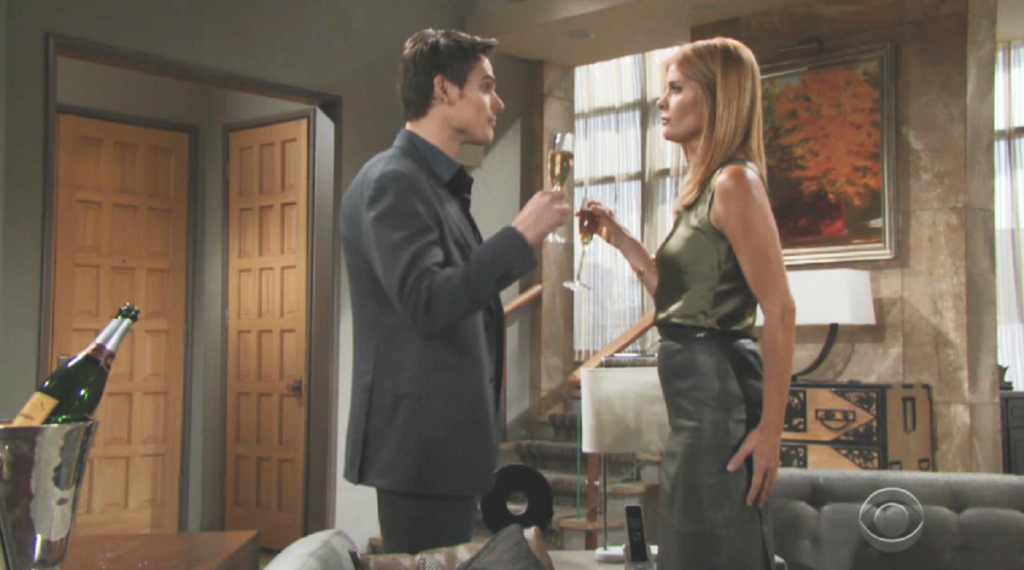 This pair’s recent conversations have them increasingly discussing their common enemies. They are a bad influence on the other, playing into bad feelings and steering toward the worst possible view of others.

This Y&R alliance is setting up to be one of the most dynamic in many years. Two villains, both epic, joining forces to target an unknown number of family members, former friends, and whoever else walks the streets in Genoa City, Wisconsin. Wow!

Gina Tognoni (Phyllis) is a great actor. Like Stafford, she’s been honored with multiple Daytime Emmy awards. It’s arguable to believe that Y&R wrote the Phyllis character softer during Tognoni’s run in order to provide viewers with an alternative view.

That effort worked, as Tognoni’s Phyllis offered fans many memorable arcs, most especially the Marco Anaselli (Peter Bergman in a dual role) horror show. The surprise announcement that Stafford was returning to Y&R was understood by savvy fans to also mean that Phyllis was going dark again and she has.

Adam despises Victor for reasons that relate to family history. He thinks that Victor abandoned him as a child. In reality his mother, Hope Wilson (Signy Coleman), didn’t like living in the big city and returned to her farm with Adam during his early childhood.

Young And The Restless Spoilers – Is Phyllis Summers Fooling Everyone?

Phyllis detests Victor for many reasons, including the aforementioned Marco storyline. The Mustache infamously targeted Jack Abbott (Peter Bergman in his main role) at that time, replacing him with a doppelganger. The other Jack lived with Phyllis, as her husband and without her knowledge of who he really was.

Being that she’s Phyllis, it’s possible that the character Stafford is again playing isn’t full in league with Adam. She was very open in telling many people that the job at Dark Horse was just that. Phyllis was adamant that they also weren’t a couple and that all of her efforts were a means to an end.

Who will Sharon choose — Rey or Adam on #YoungandRestless?#YR
Read more by clicking the link below⬇️⬇️⬇️⬇️⬇️https://t.co/GHmwmn5uMZ

While Phyllis can use her connection with Adam to strike certain enemies, like Victor, Christine Williams (Lauralee Bell), and others, she doesn’t need to help him with all of his plans, whatever they are. Phyllis isn’t likely to be working against Nick Newman (Joshua Morrow), or Michael Baldwin (Christian Le Blanc), like Adam is.

Grossman’s character is ultra shrewd. So, it will take a masterful performance if Phyllis is playing a double game. That’s just one reason why Y&R’s pairing of ‘Phadam’, even if it doesn’t lead to romance, is deeply intriguing. This site is a leading source for everything linked to ‘The Young and the Restless’.

Bold And The Beautiful Spoilers: Ridge’s Perspective Is Skewed – Flo Was Wronged By Thomas