Young and the Restless Spoilers: Sparks Fly Between Jack And Celeste -New GC Couple In The Works? 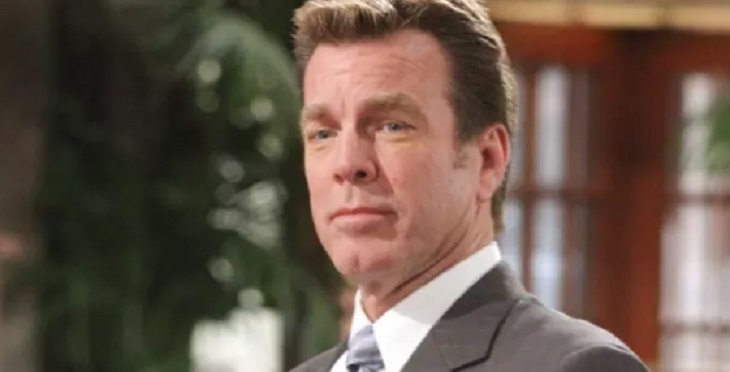 The Young and the Restless spoilers tease that the coming nuptials between Lola Rosales (Sasha Calle) and Kyle Abbott (Michael Mealor) creates the potential for another romantic opportunity. Savvy Y&R fans know that the single status of Celeste Rosales (Eva LaRue) and Jack Abbott (Peter Bergman) is ripe for another potential pairing.

Okay, let’s not get too far ahead. But recent, stressed dialogue about Jack needing a woman in his life and the arrival of the highly appealing and available Celeste means that this future couple is possible.

How would that start? Well, with an introduction, where the various family members say hello to each other.

The mother of the bride and the father of the groom will likely be the only parents attending Kola’s wedding. Unless she’s written back to life, Diane Jenkins (as last played by Maura West) can’t be there.

Lola’s father wronged Celeste somehow. This character isn’t known to have been cast yet, so he won’t be there unless that hire happens.

The third time’s the charm theory may eventually be used with Phack because of Michelle Stafford’s (Phyllis Summers) recent return as this classic character. But as of now, Jack doesn’t trust Red and is not interested in dating her.

As for Celeste, her initial impression is dynamic. She’s family focused and morally traditional in wanting her only daughter and to-be son-in-law to live in Lola’s apartment after they’re married.

Jack is hardly a saint, but does value loyalty. He and Celeste will likely bond on issues related to their children’s happiness, significant other betrayal, and a shared appreciation for each other’s company.

As for Kola, Y&R continues to smartly forward this upbeat duo. So many couples have endured serious strife, while Kyle and Lola deal with minor issues that can and have been fixed.

Mealor and Calle are two knockout young actors whose performances are regularly uplifting. Every soap opera needs to develop the next generation of characters who fans can invest in. These two, as enliven by these actors, are that.

This particular duo combine one of Genoa City’s legacy families with a new one that was created last year. The Abbott’s and the Rosales’ have solid screen time on Y&R. Now, as Kyle and Lola’s wedding plans unfold so too might a natural connection between their parents, Jack and Celeste, form.

Days Of Our Lives Spoilers: Maggie Horton Needs Help – Can Sarah Save Her?