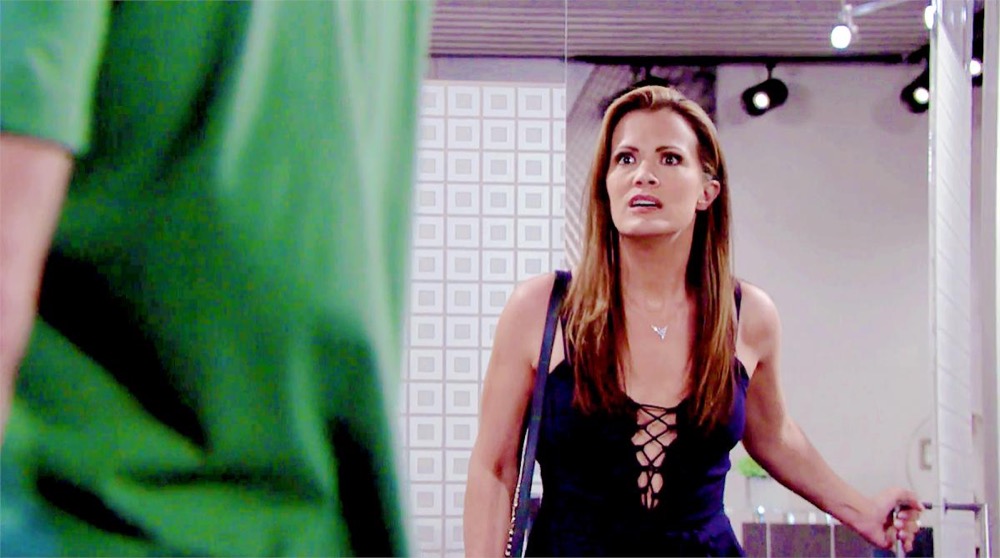 “The Young and the Restless” (YR) weekly spoilers for Monday, July 8, 2019, through Friday, July 12, 2019 tease that we will have a week filled with one turns to another, a takeover is planned, and let’s not forget plenty of drama. We have a very exciting week coming up and you will not want to miss a moment of the action!

Y&R spoilers reveal that during a crisis, Chelsea Newman (Melissa Egan) will turn to Nick Newman (Joshua Morrow) which angers Adam Newman (Mark Grossman). After the death of her husband, Chelsea will lean on Nick for support and shuts Adam out. It will definitely be a wake-up call for Adam and he will see that he has to work fast to win Chelsea back.

Chelsea will be too upset to stay in her in suite and Nick will offer to let her stay at his place and she will accept. Adam will visit Chelsea and make a plea to her to take him back. He will bring up that they no longer have any roadblocks in their way and she will be offended and want him gone. Do you Y&R fans think Chelsea will have a change of heart?

Meanwhile, Victoria Newman (Amelia Heinle) will be planning her own sneak attack to snatch Dark Horse from Adam Newman. Victoria feels guilty for giving Adam the money that helped him take Dark Horse away from Nick Newman. She wants to make things right and get her brother’s company back for him. Victoria will be surprised by her father’s reaction when he learns what she is up to. He will give Victoria two thumbs up, but also warns her to be fully prepared when it comes to Adam. Victoria will make a surprising decision that may shift loyalties and right some wrongs against her family. Do you Y&R fans think Victoria will get the upper hand?

For The Other Residents of Genoa City …

Other “Young and the Restless” spoilers suggest that Paul Williams (Doug Davidson) will grill Phyllis Summers (Michelle Stafford) about her “vacation.” Billy Abbott (Jason Thompson) will continue to reel after discovering that Chloe Mitchell (Elizabeth Hendrickson) is alive. Jack Abbott (Peter Bergman) will ask Billy for information about Victor Newman’s (Eric Braeden) health. As you can see we have a very eventful week heading our way, so make sure to stay tuned to CBS “The Young and the Restless.”