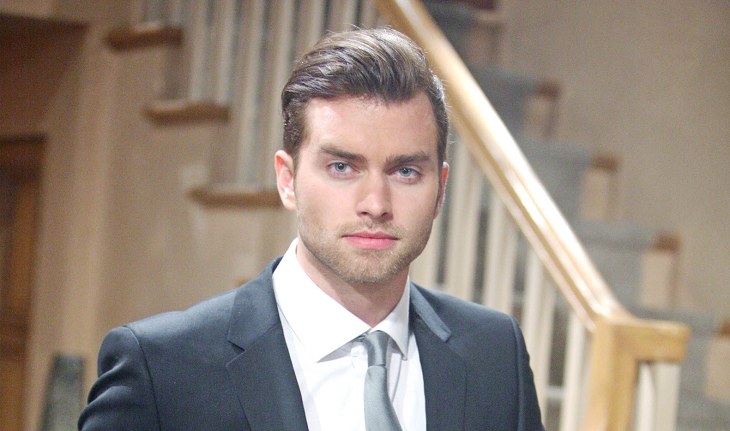 The Bold and the Beautiful’s ex-Thomas Forrester, Pierson Fode, has been cast in a leading role in Glamorous, The CW’s new pilot. Directed by Eva Longoria and executive produce by Michael Rauch, the drama stars Ben J. Pierce and Brooke Shields.

Glamorous revolves around the story of Pierce’s character Marco. He’s a “gender non-conforming recent high school graduate who uses makeup and fashion to let his queer self bloom,” according to Deadline.

His life takes a turn when he receives an internship from a cosmetics company he bashed on YouTube for its shoddy products. He will be working with its founder and CEO, Madolyn, played by Brooke Shields.

Fode, meanwhile, will play alpha male Chad, the son of the cosmetics company’s CEO. He works at the company and acts as its heir apparent. Chad is openly gay, but his wardrobe would fit Wall Street rather than the beauty industry.

“The secret is out! I couldn’t be more happy to finally announce what I’m working on!” Fode wrote on Twitter. He also said he is excited to work with Pierce.

The secret is out! I couldn’t be more happy to finally announce what I’m working on! #Glamorous
Huge congrats to @Miss_Benny ✨ excited to work together! pic.twitter.com/Lr4uffQFWz

Glamorous is written by Jordon Nardino who is also an executive producer. Damon Wayans Jr. and Kameron Tarlow of Wayans’ Two Shakes Entertainment are co-executive producers and CBS TV Studios is the studio.

Bold And The Beautiful – Role Of Thomas Has Been Recast

Fode played Thomas Forrester on the Bold And The Beautiful from 2015 to 2018. The daytime soap is bringing Thomas back on the canvas, but with a recast. The Young and the Restless alum Matthew Atkinson has taken on the role.

“I couldn’t say no… There’s something very comforting now about being back in the same building,” Atkinson told Soap Opera Digest. Thomas, who has been in New York with Caroline Spencer, will return with his son Douglas on March 14.

Bold And The Beautiful Spoilers: Florence Making Herself At Home – Zoe Freaks Out, Battle Brewing!

Fode recently appeared in The Real Bros of Simi Valley and in Hit the Floor in 2018. He also has an upcoming feature titled It’s Time.

Make sure to stay tuned to CBS’s the Bold and the Beautiful to find out more. Don’t forget to check often with Soap Opera Spy for all your latest spoilers, news, updates, and much more.