Young And The Restless Spoilers: Rey’s Job Is In Jeopardy – Will He Lose His Badge? 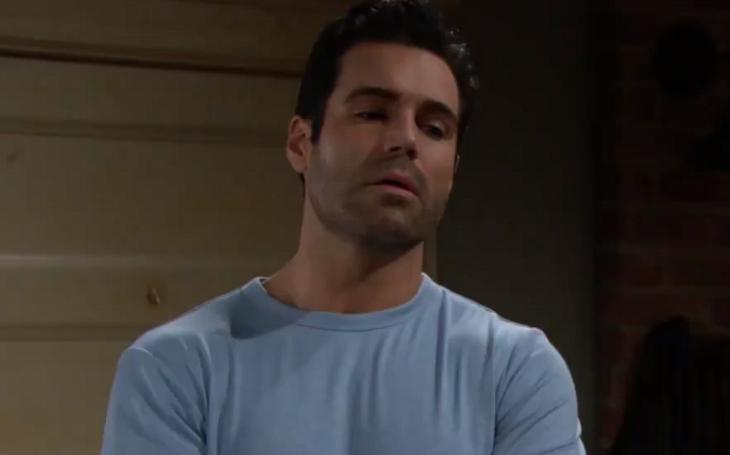 Rey Rosales (Jordi Vilasuso) was brought into the Genoa City police department to help investigate the disappearance of JT (Thad Luckinbill). But over the past few months, Rey’s actions have called into question his position as a detective.

His most recent behavior involving the arrest of the women for JT’s murder has come under fire. Rey went over to Sharon’s (Sharon Case) house to talk to her, but ended up coercing her into confessing to helping cover up JT’s murder.

Brittany Hodge’s (Lauren Woodland) questioning of Rey’s actions that night at Sharon’s house has caused Christine Williams (Lauralee Bell) to wonder if she can trust Rey. Christine wants justice for JT and to put away The Newmans for his murder, yet Rey’s method of getting the truth has put a hitch in her case.

With the trial in jeopardy, Rey’s job may also be on the line.

Aside from possibly ruining Christine’s case, Rey has also been hiding the secret that his wife Mia (Noemi Gonzalez) is responsible for the attack against his sister Lola (Sasha Calle). Rey kept Mia’s secret because of her “pregnancy”, but once it’s revealed that she’s the attacker and she isn’t pregnant, this is going to make Rey look even worse.

With Paul (Doug Davidson) heading back to the show, many feel that he’s going to replace Rey as the head of the police department.

Rey has shown that he lets his personal feelings get in the way of his work, and that’s going to be a deciding factor in whether he keeps his job. With the mess he’s made with Sharon’s confession and lying to protect Mia, it seems Rey’s days with the police department are coming to an end.

If Rey does lose his job, it begs the question – where does he go from here? Does he leave Genoa City or does he stay and possibly find a new job?

The Young And The Restless Spoilers: Kyle And Summer's Marriage Pact — Will Kyle Break His Promise?#YRhttps://t.co/OHbW0ORUmQ