Young and The Restless Spoilers: Rey Makes Desperate Decision As He Takes The Stand 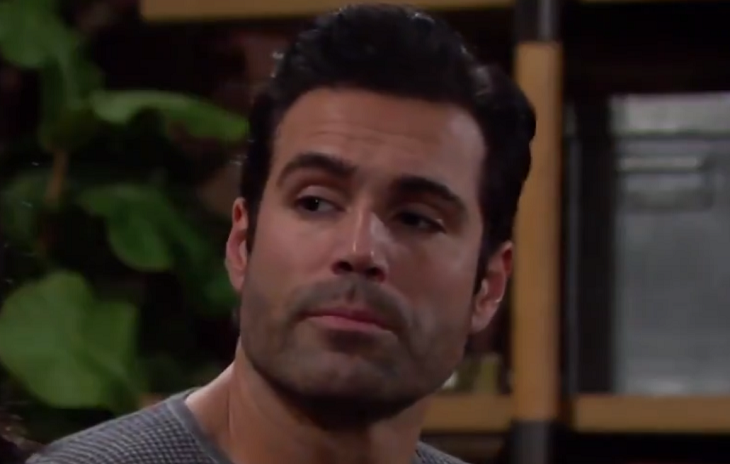 Next on the Young and The Restless, all eyes will be on Rey Rosales (Jordi Vilasuso) as he takes the stand in the J.T. murder trial. When the spotlight is on him, he needs to decide whether to tell the truth or lie to help him and to help Sharon’s case.

Brittany Hodges (Lauren Woodland) has built a defense strategy for her client Sharon Newman (Sharon Case) based on Rey’s testimony. She found out that Rey was at Sharon’s house when she confessed about what really happened to J.T. (Thad Luckinbill). As smart as she is, Brittany immediately realized that Rey did not read Sharon her Miranda rights until they were almost done with the conversation. Given that, Brittany will argue that Sharon’s confession was obtained illegally, therefore, making it inadmissible.

With his wife Mia in the courtroom to offer him support, Rey will later be asked questions that will not only make him feel uncomfortable but also infuriate Mia (Noemi Gonzalez). He will be grilled on the stand and Brittany will not let up.

“Rey tries to get around the question, but Brittany flat out asks if he told Sharon he loved her before her confession,” Vilasuso said. Obviously, Mia will be in shock after hearing the question.

Young And The Restless – Will Rey Confess His Love For Sharon?

Viewers know Rey loves Sharon and not Mia. But for Brittany, she thinks Rey used this to lure Sharon to confess. Rey is one character who is known for being truthful except the time when he helped cover up what his wife, Mia, did to his sister, Lola (Sasha Calle), to get her out of trouble. He believes Mia is pregnant with his child and that’s why he is willing to sweep what she did to Lola under the rug.

Lola is currently in the hospital waiting for a liver transplant because of the injuries she sustained after Mia’s attack. Rey is also willing to look past the time Mia mistakenly mentioned Arturo’s name when they were having sex, just for the sake of his unborn baby.

Will Rey lie and say that he declared his love for Sharon as a ruse to make her confess or will he tell the truth that he has feelings for Sharon? Lying will help him and Sharon’s case but we all know that he wants to tell the truth.

The Young And The Restless Spoilers: Paul’s Return Telegraphed By Rey’s Legal Problems – Christine And Husband Enforce The Law#YRhttps://t.co/63RfXjtZhn