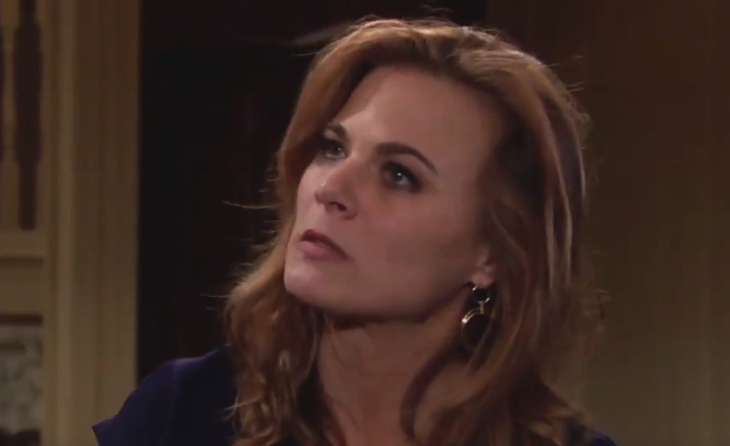 The Young and the Restless spoilers indicate that after her latest heartbreak, Phyllis Summers (Gina Tognoni) will reach her breaking point.

Phyllis has gone through a lot in the past year. First, there was JT Hellstrom’s (Thad Luckinbill) murder and cover up, which she was the mastermind behind. When she wasn’t helping the other women with the cover up secret, Phyllis was busy running Jabot, since she was appointed their new CEO.

Phyllis’ relationship with Billy Abbott (Jason Thompson) continued to be a focal point of the show. The couple called it quits, however after Billy learned Phyllis slept with Nick Newman (Joshua Morrow).

Young And The Restless Spoilers – Nick Newman Was Furious With Her

To make matters worse, Billy slept with Phyllis’ daughter Summer Newman (Hunter King) as part of revenge for her betrayal.

After her break up with Billy, Phyllis reunited with her ex-husband Nick. But their romance would soon combusted once the truth about JT was revealed. When Phyllis accepted a plea deal in exchange for evidence in JT’s murder case, Nick was furious that she turned her back on his mother and sister.

The break up with Nick wouldn’t be the only loss Phyllis would suffer. Upon discovering that Ashley (Eileen Davidson) and Kerry (Alice Hunter) plotted to destroy Jabot, Phyllis was ousted from the company.

When her scheme to blackmail Jack (Peter Bergman) for money to buy Fenmore’s failed, Phyllis went into a rage and destroyed items in her hotel room. Phyllis’ outburst seems to indicate that she’s suffering a mental breakdown and she’ll be sent away for help.

With Gina Tognoni set to exit and Michelle Stafford reprising the role of Phyllis, the show will have to write Phyllis off for a while. Phyllis will leave for Genoa City to regain composure over her life. When she comes back, she’ll be the fierce woman viewers have come to remember.

How do you think the show will temporarily write off the character of Phyllis?