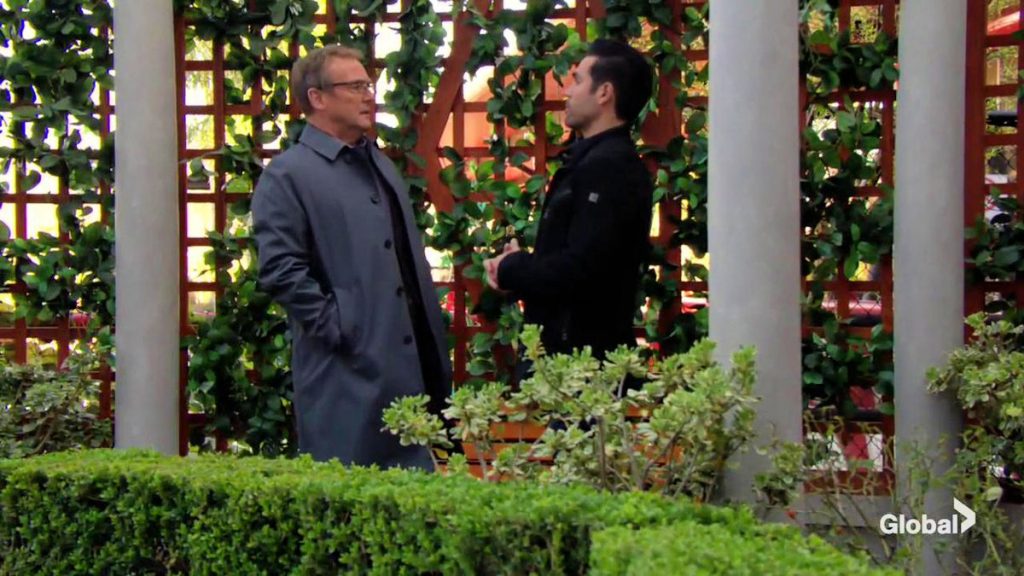 Rey Rosales (Jordi Vilasuso) covered for Mia Rosales (Noemi Gonzalez) on ‘Young and the Restless’. He did so because she claimed to be pregnant with his child. Now that Paul Williams (Doug Davidson) has reappeared in Genoa City, the Chief is setting a trap intended to reveal the whole truth.

Lola Rosales (Sasha Calle) was attacked. That’s a fact. It happened at the Abbott estate, by the pool, with no witnesses present. Well, that isn’t exactly true, as Mia saw what happened because she was the assailant.

Believing that Abby Newman (Melissa Ordway) was wearing her own winter coat, which she wasn’t, Mia followed Lola and gave her a shove from behind. Lola didn’t see who intended harm, fell onto the diving board, hit her head, dropped, dazed, into the heated water, then into a coma and nearly died.

Battle lines are drawn, and big questions need big answers! 💍 It’s all coming up this week on #YR. pic.twitter.com/KGTFWMYBxO

A bit later, after Rey determined what happened through an earring clue, he confronted Mia. She didn’t deny her guilt but said it was an accident. That was true.

Rey’s attempt to cuff his wife was emotionally blocked the instant Mia stated she was pregnant. While a sonogram recently proved that claim true, Mia didn’t know it at the time, so she was actually lying to keep herself from facing the consequences of her free will actions.

It would be factually false to strongly assert that Mia’s actions forced, or even caused Rey to cover up a crime and to also misdirect current efforts to solve it. Rey is responsible for everything he’s done in response to Mia’s actions and words.

Paul’s gamble in bringing Rey back to the force is that he’ll be forced to come clean, or will divulge what really happened. However, doing so might put both Mia and Rey in jail.

Y&R fans know that Gonzalez has left the cast, which is a shame as she brought great energy to the new character she played. Vilasuso remains, which is good news, as he’s a solid daytime veteran. With that being true, one way, or another, Paul appears likely to box Rey in and maybe put him behind bars for what Mia’s attack against Lola, which remains unreported.