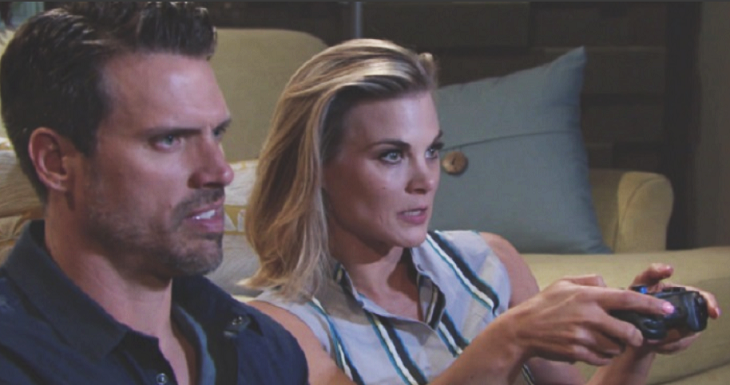 The Young and the Restless spoilers indicate that Nick Newman (Joshua Morrow) will forgive Phyllis Summers (Gina Tognoni) and the couple will reunite.

After Phyllis struck a deal with Christine Williams (Lauralee Bell) to avoid prison time in exchange for testimony in JT Hellstrom’s (Thad Luckinbill) murder trial, Nick broke up with Phyllis. Despite her efforts to apologize and plead with Nick for another chance, he threw her out of the house.

But now it appears that another Phick reunion could be underway.

Young And The Restless Spoilers – Nick May Rethink His Actions

After Nick and Billy Abbott (Jason Thompson) capture a very much alive JT with their trap, the women will be free from serving any prison time. With their ordeal over, this may lead Nick to rethink his actions toward Phyllis and forgive her.

Nick and Phyllis will always share a connection. Whether they’re in a romantic relationship or not, the two are friends and share a child together, so they’re a part of each other’s lives.

Nick thinks highly of Phyllis and that’s why it was hard for him to understand why she’d turn her back on Victoria Newman (Amelia Heinle) and Nikki Newman (Melody Thomas Scott) after helping them.

Young And The Restless Spoilers – Couple Comes Together For Summer

Aside from the JT ordeal, there’s another reason the couple may be growing closer again. Their daughter Summer Newman (Hunter King) went through surgery so she could donate her liver to Lola  Rosales (Sasha Calle). However, complications will arise following the procedure, bringing Nick and Phyllis together to care for their daughter.

While Phick fans will be happy with the couple’s reunion, the Newman family won’t be. Nikki and Victoria are still angry wit Phyllis for betraying them. Plus, Victor Newman (Eric Braeden) will be out to destroy her for causing his family so much pain.

If Phyllis and Nick do get back together, they better watch out because they’ll have the entire Newman family trying to break them up.

Young And The Restless Spoilers: Who’s The Father Of Mia’s Baby? https://t.co/DEuu5s9Hgk pic.twitter.com/N6xW4eXzBH

Do you think Nick and Phyllis are headed towards another reunion? If so, do you think the Newmans will try to sabotage them?

Days Of Our Lives Spoilers: Stefan And Chloe’s Relationship Continues To Sizzle