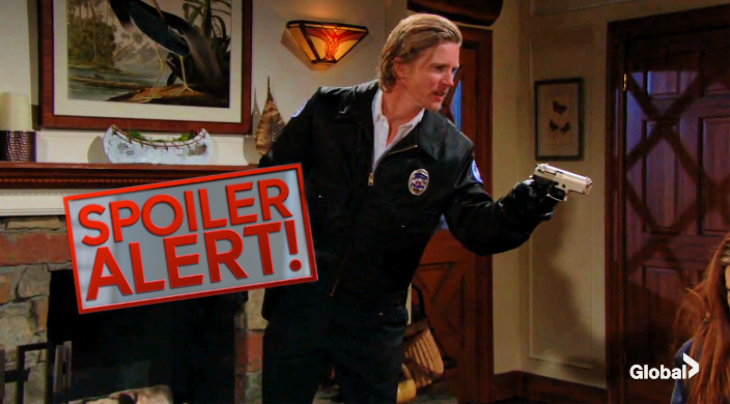 “Young and the Restless” spoilers for Wednesday, March 20, tease that Billy Abbott (Jason Thompson) and Nick Newman (Joshua Morrow) will keep up their ruse. At Victoria Newman’s (Amelia Heinle) place, they continue their efforts to draw J.T. Hellstrom (Thad Luckinbill) out of hiding. Nick and Billy discuss their fake plan on the listening device, but they’re discouraged when J.T. doesn’t bite.

Over with Rey Rosales (Jordi Vilasuso), he speaks to Christine Williams (Lauralee Bell) on the phone and reassures her about the fugitive hunt. Christine isn’t so sure Rey’s committed since he declared love to Sharon Newman (Sharon Case). At the cabin, Sharon and Nikki Newman (Melody Thomas Scott) argue, but Victoria Newman (Amelia Heinle) feels like they have to present a united front.

Meanwhile, one of the guards outside finds the other one unconscious and without his cop uniform. J.T. sneaks up behind him and bashes him in the head. Next, J.T. retrieves the cell phone Nick left for the ladies. He smashes it outside as the women watch the lights shut off.

Victoria, Nikki and Sharon pick up objects from around the cabin to arm themselves. Nikki goes for the fireplace poker again before they look outside. When they return, J.T.’s waiting and tells the ladies hello. Soon after, J.T.’s pointing his gun and making them use cables on their hands as well as their ankles. He explains he’s watched them closely ever since that girls’ night, so he tracked their prison transport van.

J.T. also notes that he was obviously still alive when they buried him. Once his weight was added to the soil, a drain pipe was destroyed. J.T. was sent through the sewer system and managed to survive. Victoria mentions Reed Hellstrom (Tristan Rogers), who thought his dad abandoned him. J.T. rants at Victoria and keeps gripping his head in pain.

At the athletic club, Phyllis Summers (Gina Tognoni) spots Victor Newman (Eric Braeden) and hopes to make him see things her way. She insists she wanted to help the rest of the cover-up crew, but she ultimately gets distracted by a news report on TV. Phyllis and Victor are stunned to see that the women have escaped.

At the police station, Victor gets updates on the plan from Nick and Rey. Back with Phyllis, she tracks down Billy and tries to get info out of him. When Billy refuses to budge, Phyllis follows him to the cabin and insists on sticking around.

JT confronts the ladies with a gun…he tells them to tie their hands and ankles.#YR pic.twitter.com/9z6LJXaQzS

Meanwhile, J.T. starts breaking things and causes a gas leak in the fireplace. Nikki, Victoria and Sharon cough from the fumes as J.T. collapses on the floor. Victoria and the others cry out for him to wake up, but they don’t have any luck with him yet!

“The Young and the Restless” spoilers say some exciting scenes are on the way. We’ll keep you posted as other Y&R details and rumors emerge. Stay tuned to see what’s next in Genoa City.

The Young and The Restless Spoilers: Victoria On The Brink Of Death, Will She…