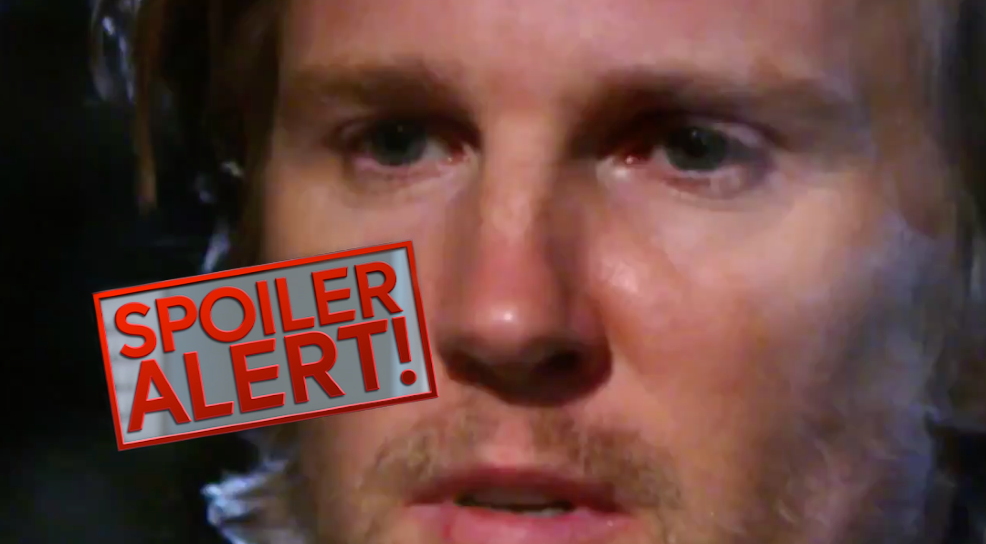 “Young and the Restless” spoilers for Tuesday, March 19, tease that Nick Newman (Joshua Morrow) and Billy Abbott (Jason Thompson) will reassure the cover-up crew. At the Abbott cabin, the ladies worry about this risky plan. Victoria Newman (Amelia Heinle) isn’t even sure she buys that J.T. Hellstrom (Thad Luckinbill) is alive, but Billy works to convince her.

Rey Rosales (Jordi Vilasuso) wants to talk with Sharon Newman (Sharon Case) on the phone, so Nick hands it over. After Rey assures Sharon that the risk is worth is, Victoria frets about Billy and Nick putting themselves in harm’s way. Nikki Newman (Melody Thomas Scott) just hopes Rey loves Sharon as much as he claims to. Their future is now in Rey’s hands!

Later, Nick and Billy find a listening device at Victoria’s house. After getting the green light from Rey, the plan moves forward. Billy and Nick discuss a phony plot to take the women from a Dark Horse warehouse to a plane for a flight out of the country. They hope to lure J.T. to that spot, but he ends up approaching the cabin in a cop uniform instead. He tries to catch his breath and gazes at the unsuspecting women inside.

At the Abbott mansion, Kerry Johnson (Alice Hunter) learns Jack Abbott’s (Peter Bergman) been helping with Johnny Abbott (Holden and Ryan Hare) and Katie Abbott (Sienna Mercuri). Jack just wants the kids to know they’re loved and supported. Once Kerry gets a call from Phyllis Summers (Gina Tognoni) she makes it clear that she isn’t backing out of Jack’s plan.

Jack looks unsettled when Kerry suggests it’s just business, which can get cutthroat if need be. Nevertheless, he brushes it off as they plan to take the kids to the park. At Crimson Lights, Mariah Copeland (Camryn Grimes) frets about Faith Newman (Alyvia Alyn Lind) along with her mom and Kyle Abbott (Michael Mealor). There’s just so much going on that Mariah is powerless to control.

Tessa Porter (Cait Fairbanks) thinks Mariah can reclaim some of that power. She helps Mariah come up with a rally plan and insists GC Buzz can be used as a platform to help the cover-up crew. Talk turns to Tessa’s upcoming trial, which she doesn’t know the date of yet. Tessa just knows she wants to spend every moment she can with Mariah until then.

At the hospital, Kyle doesn’t budge when Abby Newman (Melissa Ordway) pushes him to admit he was blackmailed into marrying Summer Newman (Hunter King). Arturo Rosales (Jason Canela) notes that he’d respect Kyle if that was the case, but Kyle still refuses to admit it. Dr. Nate Hastings (Brooks Darnell) eventually updates the gang on Lola Rosales’ (Sasha Calle) surgery, which was a success.

Think J.T. could still be alive? See if Nick and Billy can solve the mystery this week on #YR! pic.twitter.com/eDBcli6T6X

Summer’s surgery, on the other hand, didn’t go very well. After Nate informs Summer’s new husband, Kyle looks surprised and distraught over the news. Over with Rey, he ignores a call from Paul Williams (Doug Davidson) and seems uneasy. Rey’s got a lot riding on his part in the scheme to help the cabin club.

Meanwhile, Devon Hamilton (Bryton James) follows Ana Hamilton (Loren Lott) to a motel after catching her with a bunch of cash. A woman answers the door and tries to turn Devon away, but he refuses to leave. An angry Ana comes forward to berate Ana until a man appears. Devon recognizes him as an old R&B star named Jet Slade. The woman who answered the door is Jet’s nurse and niece.

Ana also reveals that Jet is her father, which catches Devon off guard. He doesn’t understand why she would hide that info from him or keep the money she needed for Jet’s treatments a secret. Ana contends that neither one of them wanted to any handouts. Devon still has questions, but Elena shoos them away to let Jet take a breather. 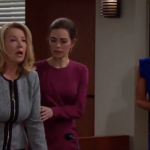 “The Young and the Restless” spoilers hint that more shockers are ahead on the CBS soap. We’ll keep you posted as other Y&R details and rumors emerge. Stay tuned to see what’s next in Genoa City.

Bold and The Beautiful Recap & Spoilers Monday, March 18: Loved One Remembered – Hope Is There For Douglas