Young and the Restless Spoilers: Nick And Phyllis Together Again – Sparks Fly Between Former Couple 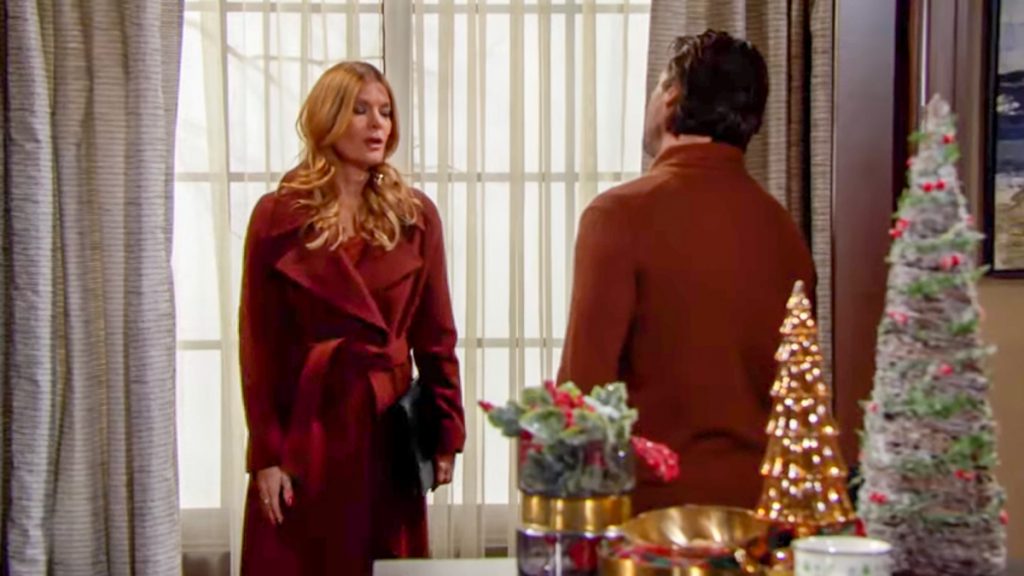 In addition to the above, Phyllis now seems to be on the anti-Adam Newman (Mark Grossman) train. Until recently she was still hoping to tap into his latent Newman family resentment, as Phyllis was hoping to work with would what be the perfect revenge partner.

Adam is claiming that he’s taking Phyllis up on her open offer to collaborate by telling her to go after Nick, romantically. But that self-serving request provoked strong outrage from Stafford’s iconic character and also circles back to the renewing ties between Phyllis and Nick.

Young And The Restless Spoilers – Sharon Newman Not In the Picture, Yet

Sharon Newman (Sharon Case) has never stopped caring about Nick. That’s why she’ll warn him away from Phyllis whenever the chance arises.

However, at the moment, Sharon and Rey Rosales (Jordi Vilasuso) are quite the couple. Shey is for real and projects to engagement, unless Y&R writes this very likable duo into another unwanted breakup.

If Sharon and Rey would split again, Case’s character would be primed to lash out at Phyllis, as the mere sight of her conjures memories of the horrid period, nearly fifteen years ago, when Cassie Newman’s (Camryn Grimes) death led to Phick’s creation. But if Shey survives, then Phyllis probably won’t have one of her long-time enemies openly lobbying against a potential Phick reunion.

Chelsea Lawson (Melissa Claire Egan), like Sharon, didn’t like Phyllis’ circle around Nick this fall. Now that winter has arrived, the chill of Phyllis’ repeated conversations with the other half of the still in tack Chick are troubling.

Connor Newman’s (Judah Mackey) mental health issues persist, which forces Chelsea to spend a lot of time with Adam at the penthouse. Nick doesn’t like that, but is learning to see Chelsea’s point of view.

As long as Nick remains understanding and also doesn’t allow Phyllis to distract him, Chick is more likely than not to survive.

The Young and the Restless Spoilers: Amanda Begins To Cause Trouble With Villy – Victoria And Billy Breakup Ahead? @celebratesoaps #YR #YoungandRestless https://t.co/iHuvMc0hmk

Phyllis is a problem as long as she remains without a significant other. Every woman in Genoa City, Wisconsin, who’s with a man Phyllis might target, specifically meaning Chelsea and Abby Newman (Melissa Ordway) at this point in the show’s history, recognize Red as a threat, or at least the cause of needless problems.

It’s hard to know who might choose to pursue Phyllis, but Nick seems like the most likely suspect. Phick’s history and the daughter they share are powerful motivating factors, as Chelsea knows.

Days of Our Lives Rumor: Will Stefano Kidnap Marlena Once Again?