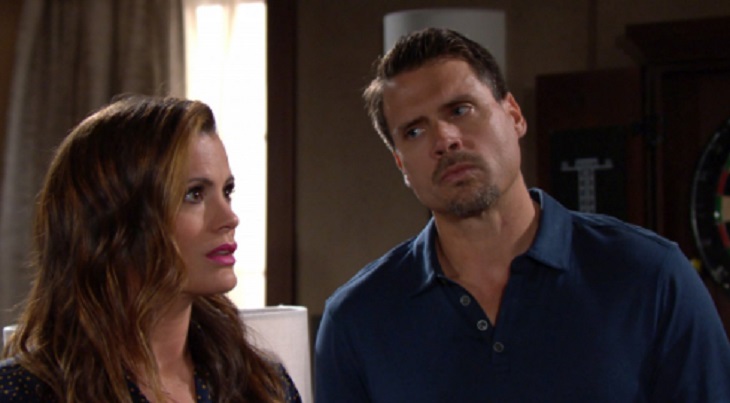 The Young and the Restless spoilers for the week of Monday, July 15th indicates that there will be plenty of twists and turns to come in Genoa City. Nikki Newman (Melody Scott Thomas) will have a rough night that she will want to forget while Kevin Fisher (Greg Rikaart) and Michael Baldwin (Christian Blanc) will join forces to take down Adam Newman (Mark Grossman) once and for all. Here’s what you need to know.

On Monday, July 15th, Nick Newman (Joshua Morrow) will make it known that he wants Chelsea Newman (Melissa Claire Egan) to stick around in Genoa City a little longer, despite her opposition. Meanwhile, Rey Rosales (Jordi Vilasuso) will open up about a secret that he has been keeping about his past. Of course, Sharon Newman (Sharon Case) also has some secrets that she’s been keeping well hidden, too.

By midweek, Jack Abbott (Peter Bergman) will suggest that he doesn’t need anyone’s advice, but that won’t stop Billy Abbott (Jason Thompson) from offering it. Meanwhile, Kevin and Michael will team up against Adam, as they want to stop him and all of his backstabbing scheming once and for all. Also, Jack will decide to take a trip to Paris to visit Ashley Abbott (Eileen Davidson) to see how things are going in Europe. Of course, he will be taking the family jet for the trip.

By the end of the week, what should be a special night for Nikki Newman will go horribly wrong. Even though she had the best intentions to get everyone together for a special occasion, her dinner party will blow up! And yes, it’s all because of the guest list. Sadly, Adam Newman was left off the list but that won’t stop him from unexpectedly showing up and crashing the party.

Young and the Restless #YR Spoilers Wednesday, July 17: Kevin Plans To Take Adam Down- Traci And Cane Have A Night Out- Phyllis' Change Of Heart @celebratesoaps https://t.co/tDEatZnCZq

Even though Victor Newman (Eric Braeden) loves his son, the rest of the Newman family still have their reservations about Adam and his uncontrollable behavior. Of course, it will be up to Nikki to put a stop to Nick and Adam from coming to blows during the dinner. Fans will simply have to tune in to find out what will happen next!