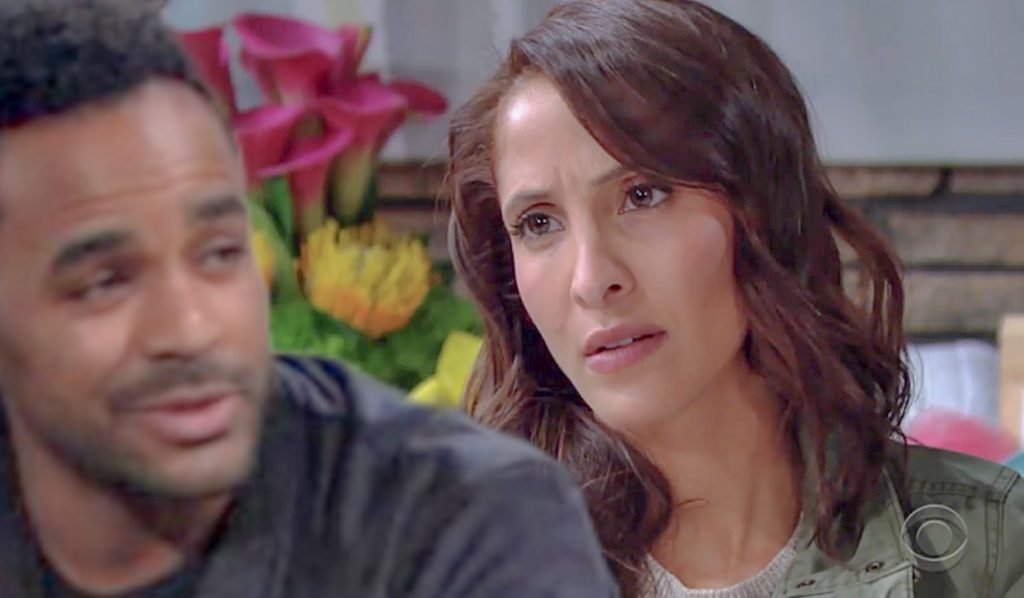 “Young and the Restless” spoilers tease that Lily Ashby (Christel Khalil) will be feeling extremely stressed and emotional in the wake of Neil Winters’ (Kristoff St. John) untimely death. Like other Genoa City residents, she’ll be shocked that her beloved father is gone, and in her immediate grief, she’ll search for a reason for her dad’s death.

The Young and the Restless spoilers indicate that it will be an emotional time for everyone who knew Neil. Here’s what we know about how everything will go down: Neil will be expected at the opening of Devon Hamilton (Bryton James) and Abby Newman’s (Melissa Ordway) new restaurant, but he won’t show as expected, and Devon and Lily will start to worry.

According to Y&R spoilers, Lily will tell Devon that the last she heard from their dad, he was recharging at Devon’s penthouse getting ready for the restaurant’s opening. The exact circumstances of his death remain to be seen, but it looks like Neil will pass away at the penthouse quietly, and soon after word will spread about his death.

And given what we know about Lily’s reaction to Neil’s death, it will likely be a health issue – perhaps a cardiac event or a stroke – that takes his life. His passing will be horrifying for all of Neil’s family, but Lily will have a particularly difficult time with the news. Y&R viewers will remember that Neil really took Lily under his wing while she was in prison, even moving closer to the prison to be near his daughter.

According to Y&R spoilers, Lily will get support from Devon and Malcolm Winters (Shemar Moore), who will promptly return in the wake of his brother’s death. But Lily will have a hard time even looking at Nate Hastings (Sean Dominic), who she will lash out at. Nate’s a physician, and it’s likely that she’ll think that Nate should have seen that something was very wrong with her dad’s health.

Of course, Lily’s rage at Nate will be irrational, but that’s the effect that grief and despair can have on a person. She may feel that Nate dropped the ball and missed warning signs of Neil’s impending death. Chances are, Nate will be respectful and comforting to Lily, and it looks like Lily will soon come around and apologize to Nate.

Here’s an EXCLUSIVE sneak peek at Genoa City’s newest hot spot, Society! ✨ Tune in to #YR tomorrow to see its grand opening that’s sure to bring glamour, romance, and plenty of drama. 👏 pic.twitter.com/yo0VQUlkWT

It’s important to remember that Lily has just been through some other major life stressors, aside from losing a parent. She was held responsible for someone’s death and spent months in prison, and now her marriage to Cane Ashby (Daniel Goddard) is ending. It’s a lot for one person to handle, and it makes sense that she’d snap and lash out at an easy target.

Fortunately, it appears that with the exception of the Lily/Nate episode, Neil’s family and close friends will rally together and support each other during this terrible time. The Young and the Restless fans can look forward to some touching scenes between Lily, Devon, and Malcolm, as they discuss Neil and his legacy. And Neil’s funeral will have many special moments as Genoa City says a final goodbye to Neil.