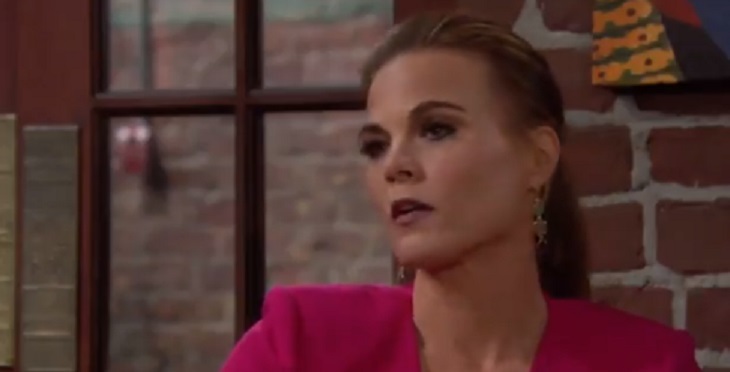 Phyllis (Gina Tognoni) admits something shocking to Nikki (Melody Thomas) on ‘The Young and the Restless’. The coverup crew’s self-appointed fixer did not discard the fire place poker after all. So, is this the final puzzle piece that Y&R’s fans have been waiting for in the J.T.-based (Thad Luckinbill) mystery?

Tognoni’s character may have been hiding in plain sight all along. Not really part of a four-person group, but actually a cloaked villain, while the the other three ladies, Nikki, Vickie (Amelia Heinle), and Sharon (Sharon Case), have been fully out of sorts for months.

Writing Phyllis as the sole tormentor and Victor’s (Eric Braeden) lone framer would also mean that she planted the bloody shirt in ‘Niktor’s’ bed and, most importantly, moved J.T.’s body. Then again, maybe Phyllis simply kept the fire place poker as leverage and didn’t commit the other acts, which would allow this long arc to keep running through the winter, with at least one more major reveal. 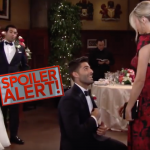 As Nick (Joshua Morrow) was theorizing with his mom, the person responsible for what’s been going down would have either witnessed what happened to J.T. at Chancellor Park, or was involved in it. It wouldn’t make sense to assume that Nikki, or Vickie would be framing Victor, so they’re not.

As for Sharon, she doesn’t seem motivated to put the ‘Moustache’ behind bars. Plus, she was the coverup crew member who wanted to report everything to the Genoa City authorities at first. While somewhat plausible as a suspect, Sharon likely isn’t guilty

Considering that this storyline erupted in April 2018, it would seem anticlimactic to have Phyllis admit to Nikki at Jabot that she withheld the fire place poker and then, at some later point, follow by being unmasked at this body-mover as well. Might she have planted the clothes? Maybe.

Payback for Marco (Peter Bergman in a great, dual role) makes sense. Victor might even understand and appreciate why Phyllis framed him. As for the rest, the fans continue to wait and watch.

Fans of ‘The Young and the Restless’ rightfully express their opinions on a regular basis. So, is Phyllis the missing puzzle piece in the J.T. mystery?