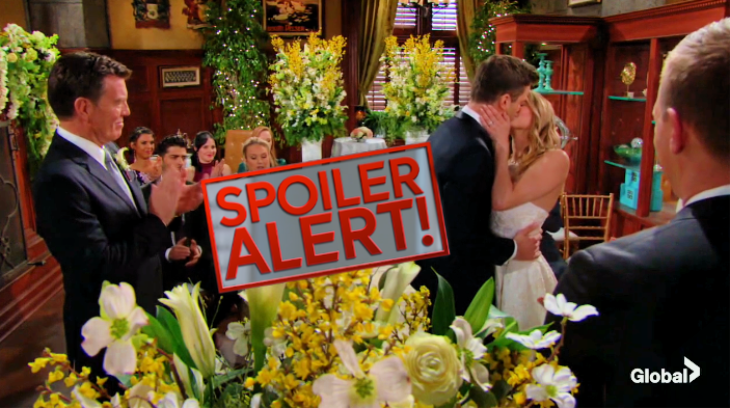 “Young and the Restless” spoilers for Friday, March 15, tease that Nick Newman (Joshua Morrow) will get ready to watch Summer Newman (Hunter King) tie the knot. At home, Nick speaks with Billy Abbott (Jason Thompson) over the phone. He wants Billy to keep up the hunt for Rey Rosales (Jordi Vilasuso) while he attends Summer and Kyle Abbott’s (Michael Mealor) nuptials.

Nick grumbles about the rush, but Summer thinks this event will be uplifting. They could all use some joy right now. Nick isn’t pleased when Phyllis Summers (Gina Tognoni) walks in, but they agree to be civil for Summer’s big day. Across town, Jack Abbott (Peter Bergman) notices that Kyle isn’t in any hurry to get to his wedding. He notes that Kyle could still back out.

Kyle assures Jack that he wants this, so Jack wishes nothing but happiness for his son. At Crimson Lights, Mariah Copeland (Camryn Grimes) can’t get Kyle to pick up the phone or text back. She complains about the situation to Tessa Porter (Cait Fairbanks) before the conversation shifts to Sharon Newman (Sharon Case). Mariah hates that her mom’s locked up and doesn’t think she deserves this. 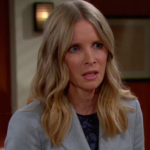 At the athletic club, Tessa and Mariah don’t seem as supportive as Summer would like. They wonder if Kyle’s going to show up, but Summer doesn’t let them rain on her parade. She ends up calling Kyle and insisting that there’ll be consequences if he doesn’t make it.

In the hospital, Lola Rosales (Sasha Calle) remains curious about Kyle’s whereabouts. She leaves him a voicemail and expresses her love. Meanwhile, Kyle decides he has to go through with the ceremony. He shows up and says his vows along with Summer, so they become husband and wife.

The Young And The Restless Spoilers: Lola's Awake and Kyle Is Conflicted – Summer Won't Tolerate Betrayal#YRhttps://t.co/Y56zPYb7fb

Afterward, Victor Newman (Eric Braeden) suggests there’s always a position available for Kyle at Newman Enterprises. He just has to say the word. Mariah can’t believe Kyle actually went through with marrying Summer. She pulls him aside to talk about it, but he notes the most important thing is that Lola will get her liver transplant.

Mariah’s disheartened by all the drama, but Tessa offers a pep talk. She thinks they can get through the craziness together. Back with Kyle, he joins Summer in a suite upstairs where she confides she’s scared. Summer fears she may not survive the surgery, but Kyle promises he won’t let anything bad happen. He intends to be right by Summer’s side through it all.

Mariah: “You’ve got to be kidding me. Snowflake? She’s actually doing something selfless?”

One thing leads to another and soon Kyle’s kissing Summer. They begin undressing as they fall back on the bed to make love. Back with Phyllis, she’s grateful to Kerry Johnson (Alice Hunter) for being a real friend. After they finish their chat, Kerry gives Jack updates on Phyllis’ plot to target Ashley Abbott’s (Eileen Davidson) company, My Beauty. She also texts her mysterious boss about what she’s up to.

Over with Devon Hamilton (Bryton James), he manages to fix things after his recent fight with Ana Hamilton (Loren Lott). They both feel like a betrayal of trust was committed, but they agree to move on. Ana embraces Devon as they put this argument behind them, but another one’s coming up next week. 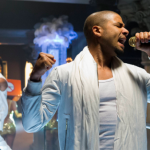 “The Young and the Restless” spoilers say some fantastic scenes are on the way. We’ll keep you posted as other Y&R news and rumors emerge. Stay tuned to see what’s ahead in Genoa City.