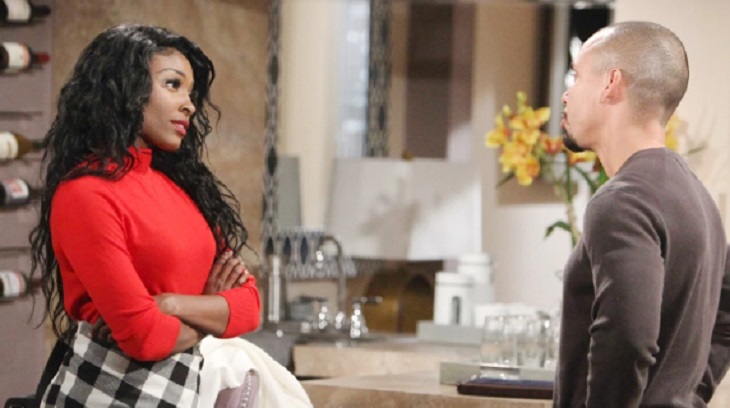 The Young and the Restless (Y&R) spoilers for the week of March 11 tease that Ana Hamilton (Loren Lott) will finally fess up to what’s been bothering her since she came back into town. The soap opera has been hinting that she has a shocking secret and apparently this week she will confess it to her brother, Devon Hamilton (Bryton James). Here’s what you need to know about what’s ahead on Y&R.

Ana will tell Devon that she wants to record a a song. She will insist she has what it takes to record a hit and will ask that he supports her. She pesters him until he listens to her music.

Y&R spoilers say that she will confess that she needs to make a lot of money as she is in debt. Of course, Devon wants to help her but presses her to explain how much debt is in.

Young And The Restless Spoilers – Devon Investigates And Finds A Shocker

The Young and the Restless spoilers state that Devon will decide to look into Ana’s debt to find out what kind of trouble his sister is in. When he looks into her credit report, he finds she is not in debt at all. In fact, she has good credit.

Devon decides to confront her about it. She basically tells him to stay out her business and help her get her music out there. She points out that they both will make money so it’s a win-win situation.

Young And The Restless Spoilers – Will Devon Make Peace With Ana?

Now that Devon knows Ana lied to him, he doesn’t trust her. He wants to find out why she is so hell-bent on making some fast cash.

To make peace with his sister, he promises to stay out her personal business and says he will do whatever he can to help her succeed.

What do you think Ana needs money so badly for? Whatever it is, it sure sounds like she could be in trouble. Don’t forget to come back later for more The Young and the Restless (Y&R) spoilers, news, and casting updates!