There’s a new report that suggests Jussie Smollett (Jamal Lyon) might bring a very big Empire down with him. As a matter of fact, there’s speculation that the hit Fox series Empire might be in limbo because of the actor’s latest controversy.

Smollett was indicted on 16 felony counts of disorderly conduct for making a false report. He claimed he was attacked by two men who allegedly tied a noose around his neck, poured bleach on him and shouted racial and homophobic slurs.

He also said that the two men shouted “This is MAGA country” at him. The actor said he thought he was attacked because he is a very vocal critic of President Donald Trump and his administration.

Empire Is Still One Of The Most Watched Dramas On Fox

Empire was once one of the highest-rated shows on prime-time but unfortunately ratings have slipped during Season 3 and Season 4. Despite the dip in ratings, it’s still one of the most watched dramas on the Fox network in key demographics. An average of 5 million viewers tuned in every week during the first half of Season 5, which ended back in December.

One of the reasons the scandal might bring the show down is because he is a prominent character with important storylines.

Jamal’s relationship with a journalist has put a wedge between him and his family and his loyalty towards his mother and father is being tested. Nonetheless, producers for the hit prime-time show have stated  they decided to cut the actor from the last two episodes of this current season.

Additional reports have noted that Smollett’s character Jamal has been cut from an upcoming promotional campaign ahead of the series’ mid-season premiere. So far, producers for the hit Fox hip hop drama have made no comments about upcoming storylines or Smollett’s future with the show for that matter. 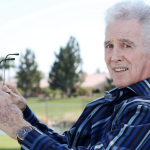 During an interview with Good Morning America, Smollett maintained that he is innocent. So far, he hasn’t made any additional comments about the scandal. In the meantime, let us know what you think by leaving us your comments below.

Also, don’t forget to come back to Celebrating the Soaps for all the latest news and spoilers right here.

EastEnders Spoilers: Desperate Mitch Makes Shocking Move, Will He Get Away With It?