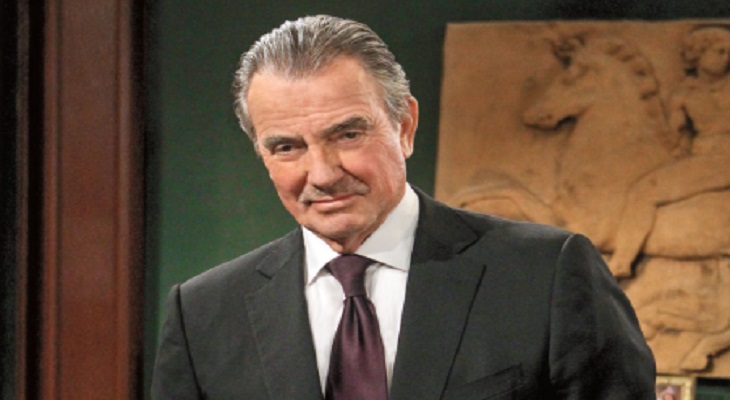 The Young and the Restless (Y&R) spoilers tease that Eric Braeden did a Facebook Live and revealed lots of behind the scenes scoops. He disclosed that former showrunner Mal Young tried to push him off the show. Also, he isn’t sure if Adam Newman will ever show back up in Genoa City. Here’s everything he revealed in the chat.

Braeden revealed that Josh Griffith is the head writer. They just started taping his work, so it should air in about four weeks. He said that he has faith that Josh can turn the show around in the next couple of months. He asks the fans to be patient as he works to wrap up Mal’s storylines.

Mal Young Tried To Push Him Out

Eric was not shy in pointing out that Mal Young tried to push Victor off the show. He said he was giving him less and less material until he would be gone for weeks at a time.

“Well, let me be very honest with you. There was an attempt by former executive producer/head writer to diminish the role of Victor Newman. I say very clearly and very succinctly he attempted to diminish it, to bring the character down. Never forgive him for that, but he’s gone, bye-bye,” Braeden said sternly.

Young And The Restless Spoilers – Unsure Of Adam’s Fate

When asked if Adam Newman was going to come back, Eric said he wasn’t sure. He didn’t know what the show plans to do. He admitted he is asked this question often and he really doesn’t know. He completely avoided saying anything more.

As for if JT Hellstrom (Thad Luckinbill) is really alive, he said, “I am not sure.” He completely avoided saying too much about the storyline.

Watch the video and drop a comment to let us know what you think. Don’t forget to come back later for more The Young and the Restless (Y&R) spoilers, news, and casting updates!